A new 3,000 mile bike path will soon stretch from Florida to Maine

Grab your compression shorts because the nation's longest off-route bike path is currently being constructed.

Non-profit organization East Coast Greenway Alliance has a dedicated bike trail in the works that will extend from Key West all the way to Calais, Maine, according to CBS Miami.

The Greenway bike path will measure approximately 2,900 miles, and will link 25 cities and 16 states according to EcoWatch.

Seeker reported that ECGA is working with local groups in each state to build the designated paths. So instead of doing the work themselves, the organization is helping locals do it, which ultimately gives each state ownership over their sections. 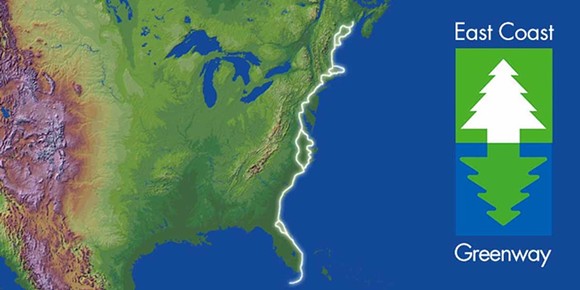 According to Citylab, the Greenway follows rivers, canals, and old train tracks. Many of the bike trails already existed, they just weren't connected to each other.

ECGA has been working on this project since the 1990's. As of now, only one-third of the actual path has been constructed, though the entire route is mapped out.