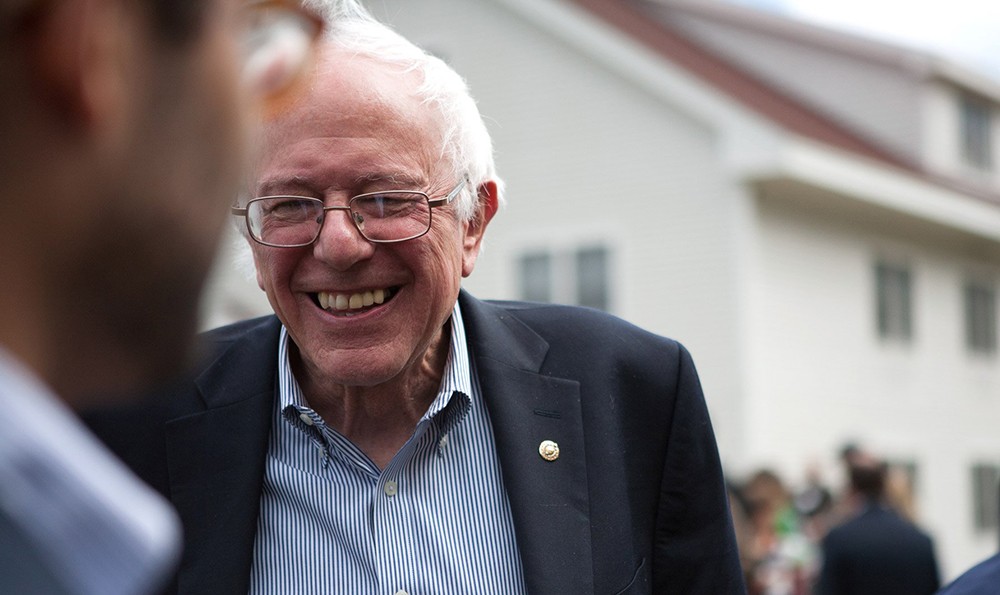 With Florida set to play a pivotal role in the November elections, U.S. Sen. Bernie Sanders on Tuesday paid a surprise visit to a breakfast for the state's delegation to the Democratic National Convention and made a pitch for party unity.

Sanders' impromptu appearance came one day after some of his supporters jeered and booed Florida Congresswoman Debbie Wasserman Schultz, the outgoing party chairwoman, for allegedly favoring former Secretary of State Hillary Clinton in the presidential primary.

Wasserman Schultz announced Sunday she would resign from her post at the Democratic National Committee after the convention. The announcement followed leaked internal emails that raised new questions about her impartiality in the presidential race between Sanders and Clinton, who will formally accept the party's nomination this week.

But Sanders, who urged delegates to the full convention Monday night to rally behind Clinton, did the same thing Tuesday morning – in part by raising the specter of Republican nominee Donald Trump.

New redistricting plans and a potential boost in Democratic turnout could help the party make gains in Florida. tweet this
The first day of the convention Monday increased the possibility that Democrats might fail to take advantage of last week's fractious Republican convention by having trouble uniting at their own get-together. Boos rained down on various speakers – particularly those who praised Clinton – in Philadelphia's Wells Fargo Center.

But the crowd's hostility to Clinton seemed to wane during the night. That led some Democrats to think, perhaps wishfully, that the storm has passed.

"That's a one-day story," U.S. Sen. Bill Nelson, D-Florida, told reporters Tuesday. "That's over and done with, and what you're going to see is a lot of unity coming out of this convention. It started last night, and it will just build in a crescendo all the way through Thursday night."

That unity could be particularly important in Florida, where new redistricting plans and a potential boost in Democratic turnout could help the party make gains in a state where Republicans control most state and federal offices despite relatively even registration numbers.

Democrats are hoping to make gains in the state Legislature, the U.S. House and the U.S. Senate – in addition to taking Florida's 29 electoral votes, more than a tenth of the number needed to win the presidency.

"All the world is looking at Florida in these elections," said House Minority Leader Nancy Pelosi, D-California.

One of the key changes this year could be new court-ordered maps for Florida's congressional and state Senate seats under the anti-gerrymandering Fair Districts amendments approved by voters in 2010.

"Thank you for so many things, but thank you for leading the way in our country to more representative and fair redistricting," Pelosi said. "Because of your work, we will pick up seats to gain the majority in the United States House of Representatives."

Democrats believe the new maps put them within striking distance of winning the state Senate for the first time in a quarter of a century. They also hope to cut into Republicans' 17-10 lead in the state's congressional delegation.

The Democratic leader also expressed confidence that the party could hold onto the 18th District, which Congressman Patrick Murphy is vacating to try to unseat U.S. Sen. Marco Rubio, R-Florida.

Nelson said the race between Clinton and Trump should also help Democrats by ginning up turnout that will ultimately tilt toward the party. Whether the party's U.S. Senate nominee wins could depend on the size of Clinton's advantage over Trump, Nelson said, something that would also help other candidates.

"I think you will find that Florida will go for Hillary, and I think that will have a down-ballot effect on all the other races in November," he said. "And so I think this is going to be a banner year."