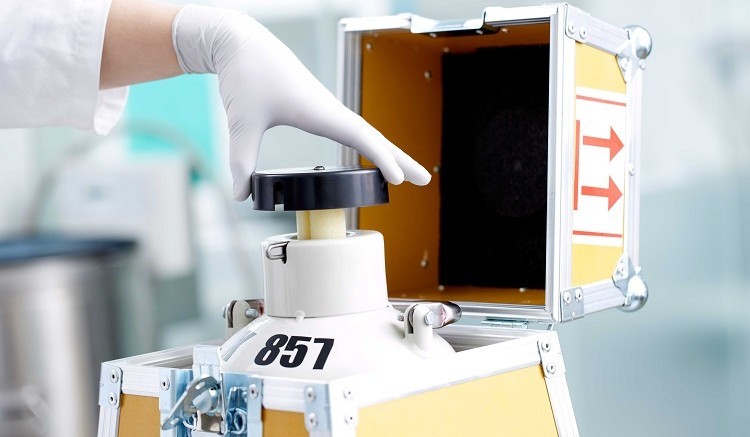 Officials for Cryos International, which bills itself as "the world's largest sperm and egg bank," say the Orlando company will not release any samples collected starting Monday until the U.S. Food and Drug Administration approves a donor screening test for the Zika virus.

State and federal officials announced Friday that four cases of the virus in Miami-Dade and Broward Counties were likely the first transmission of Zika by local mosquitoes in the continental United States. While the majority of people infected show none of the mild symptoms associated with the virus, Zika has been linked to Guillain-Barré syndrome, a severe neurological disorder that causes temporary paralysis, and fetal birth defects such as microcephaly. The FDA ordered blood collection centers in Dade and Broward Counties to stop accepting blood donations until it can be tested for Zika, according to The Washington Post.

Though a local Zika transmission has not happened in Central Florida, Cryos expects the directive for blood centers in South Florida will apply to the rest of the state and eventually places like them that collect other tissue products. In February, Cryos started deferring donors who had traveled to Zika-affected areas for six months.

Normally, the FDA requires that sperm samples be kept in quarantine for six months prior to release for safety reasons but does not require the same of egg samples, says the company's vice president Angel Tillis. Both egg and sperm donors are required to get blood drawn during the collection process, which Cryos usually tests for diseases and quickly disposes.

"In order to get in front of the upcoming requirements of the FDA, and to ensure the highest level of client service, Cryos is being proactive and is leading the way in prevention," she says in a statement. "Immediately Cryos will begin storing blood samples from all sperm and egg donors until the FDA approves a donor screening test. At that time, we will test and confirm the donor is Zika-free prior to releasing the specimens for sale."

In an interview, Tillis says Cryos' tissue bank director Corey Burke came up with the plan.  Zika can be transmitted through semen and vaginal fluids, and the virus has been shown to remain in semen for at least 90 days.

"We don't believe eggs can carry it," Burke says. "It's more to do with body fluids. When we get the eggs from the ovaries, they're washed several times. The likelihood of virus transmittal is intensely small. My concern is more for the sperm than eggs, as far as transmitting the virus."

Tillis says this will not affect the company too much in terms of sales.

"Sperm has to be quarantined for six months anyway," she says. "For eggs it's a different story because we can retrieve them and sell them the next day, but we don't believe the FDA is going to be that long in getting the test done."