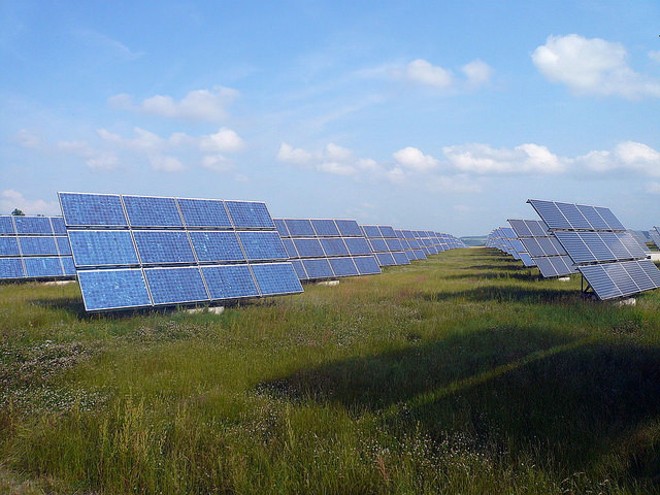 Florida voters will be asked Aug. 30 to extend to commercial and industrial properties a renewable-energy tax break that residential property owners already enjoy.

Crafted by the Legislature, the Amendment 4 proposal on the primary-election ballot is seen by proponents – there is no announced organized opposition – as a way to significantly expand renewable-energy production in the state.

The broadly supported measure would exempt for 20 years the assessed value of solar and renewable-energy devices installed on businesses and industrial properties.

Voters approved a similar exemption for residential property owners in 2008, with the measure taking effect in 2014.

The new proposal also has an element to help residential property owners, as it would exempt all renewable-energy equipment from state tangible personal property taxes. That provision is anticipated by its supporters to flood the market with solar companies.

"The overall benefit, we believe, is it would lower energy costs as more solar is developed," said Stephen Smith, executive director of the Southern Alliance for Clean Energy, which expects to spend up to $250,000 to promote the amendment.

A hurdle for proponents is getting people aware of the amendment, as primary elections generally draw about 20 percent turnout. tweet this
"Even if the utilities are doing it, we believe, they'll be able to get a better price for solar," Smith continued. "And then we think it will also diversify the different types of energy being developed. Right now, Florida is becoming way too dependent upon natural gas."

With about 6,500 people in Florida currently in the solar industry, Chris Spencer, executive director of Florida for Solar, said the amendment is also about creating jobs.

"There will be more solar panels circulating in the market and more solar installers," said Spencer, a longtime legislative aide for Sen. Jeff Brandes, a St. Petersburg Republican who sponsored the proposed amendment.

Florida for Solar is the group overseeing the measure.

The proposal has drawn support from groups ranging from the Florida Retail Federation and the Florida Restaurant & Lodging Association to the League of Women Voters of Florida and the Nature Conservancy.

Spencer said the different groups have been vital in spreading the word about the amendment.

The amendment requires 60 percent approval from voters and then would need the Legislature in 2017 to enact the changes.

Mark Bubriski, a spokesman for Florida Power & Light, said the utility anticipates customers will save money on future FPL solar installations if Amendment 4 is approved.

However, he added that regardless of the vote, the utility intends to expand on commercial-scale installations already built for customers such as Daytona International Speedway, Florida International University and the Palm Beach Zoo.

"And, as you know, our company has been working to advance solar in Florida for many years," Bubriski said. "We built the state's first solar power plant, and in 2016, we are building three more new solar power plants – doubling Florida's solar capacity – in a way that is cost-effective for our customers."

A hurdle for proponents is getting people aware of the amendment, as primary elections generally draw about 20 percent turnout.

The other is that some people may link the measure with Amendment 1, a controversial solar proposal that the state's major utilities have backed for the November general-election ballot.

The November "Consumers for Smart Solar" initiative would generally maintain the status quo in allowing Floridians with solar equipment on their property to sell energy to power companies. Opponents argue the November measure is intended to favor the utilities.

Smith, whose group opposes the November proposal but supports Amendment 4, said a benefit of holding the vote during the primary is that supporters can concentrate marketing in more urban areas, where voter turnout is expected to be higher, and on people more likely to vote in the primary.

"We still think that the major markets, Southeast Florida, the I-4 corridor from Orlando to Tampa, are going to be where the majority of the primary votes are cast," Smith said.

The fiscal impact of implementing Amendment 4 is difficult to determine, at least in part because it is unknown how much work will be impacted by the lure of the tax break.

"Making it cheap, giving this tax abatement, that could be the factor on the business side on whether or not you're going to invest in the project," Spencer said.