Eleven from 'Stranger Things' is from Orlando 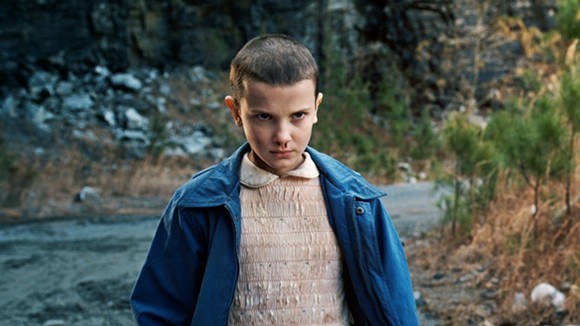 Not a big deal, but Millie Bobby Brown, the 12-year-old actress who plays the mysterious Eleven/Elle on Netflix's massive sci-fi hit Stranger Things, actually has some Orlando roots.

According to her IMDB page, the young star was originally born in Barcelona, Spain, but moved to Orlando, Florida in 2011, where she took a few weekend acting workshops. A couple years later, Brown moved to Los Angeles after an agent took notice and told her parent's that "she has instincts you cannot teach."

After only 3 months in L.A., Brown was staring in ABC's Once Upon a Time in Wonderland. She's also starred in BBC's Intruders, and had appearances in Modern Family, NCIS and Grey's Anatomy.

Of course, now we know Brown as the girl with the shaved head who doesn't say much but can crush anything with her brain.