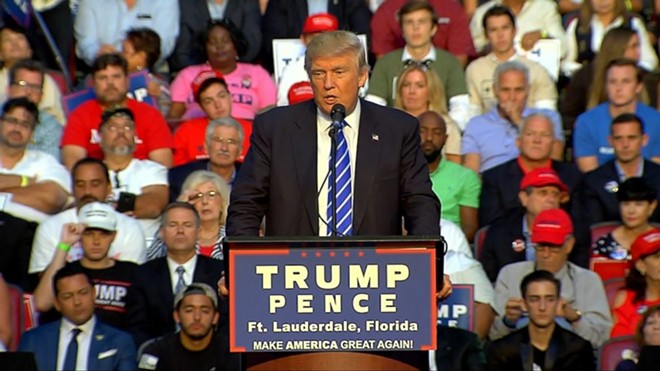 Mark Foley, a congressman who resigned after allegations that he sent explicit messages to teenage boys, was sitting directly behind Trump at a rally in Sunrise, Florida, Wednesday.

With Foley directly behind him, Trump ignorantly claimed that Obama founded ISIS and also tore into Hillary Clinton for "knowing" that Seddique Mateen, the father of the Pulse night club shooter, was sitting behind her at a recent rally.

“Wasn’t it terrible when the father of the animal that killed the wonderful people in Orlando was sitting with a big smile on his face right behind Hillary Clinton?” said Trump. “When you get those seats, you sorta know the campaign. So when she said, ‘Well, we didn’t know.’ He knew, they knew.”

Foley, who allegedly once texted an underage page that he was "rock hard," told the Sun Sentinel he got the seats by arriving early.