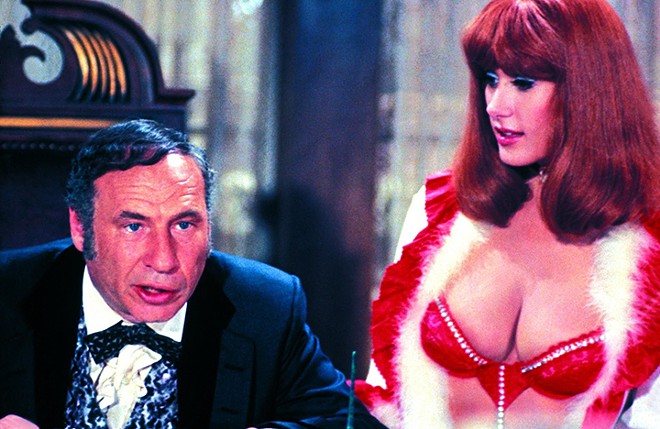 We may never know what the ladies of Cupcake Burlesque were thinking when they came up with the idea of a burlesque tribute to Mel Brooks. That's right: a burlesque ... tribute ... to ... Mel ... BROOKS. (Let it sink in.) Were they on the couch taking in their 700th viewing of Spaceballs when they were overcome with erotomanic urges at the sight of President Skroob? Or maybe it was Gene Wilder's wild hair as he played the fussy Dr. "It's pronounced Fronk-enn-shteen!" in Brooks' Young Frankenstein? Or maybe Zero Mostel as cashed-out Max Bialystock in The Producers? When Bialystock cried, "I'm wearing a cardboard belt!" maybe the Cupcakers thought, "Wearing a cardboard belt ... only!" Well, we have our dreams of how this could play out, but truthfully we are all admiration and mystified anticipation of where it'll go. We only hope it's more Inga ("Roll, roll, roll in de hay!") than Frau Blücher (terrified horse whinny).