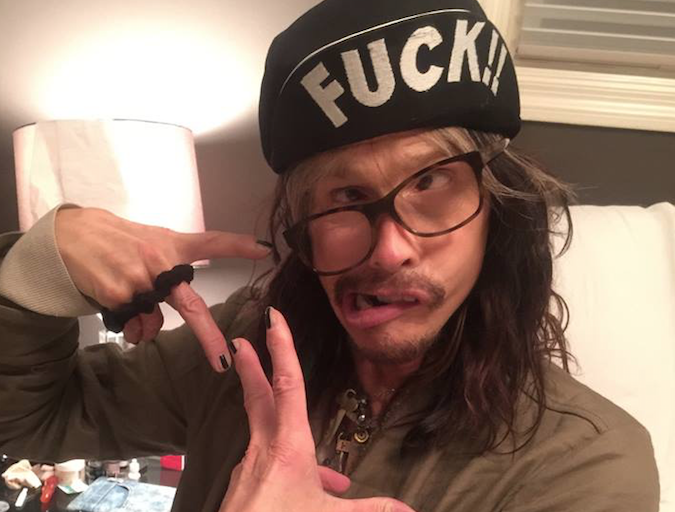 This week, after 17 years of no complaints, Disney decided to remove Steven Tyler's "Shocker" hand gesture from the Rock 'n' Roller Coaster at Disney's Hollywood Studios and, of course, now he's pissed.

Tyler responded via Facebook today. While wearing a hat with the words "Fuck," Tyler wrote in all caps, "WELL NOW I AM IN ‘SHOCK’...YOU KNOW I WOULD OWN UP TO THIS DOOZIE...WAY TO GIVE ME THE FINGER NOW WALT DISNEY WORLD...17 YEARS LATER...SEE YOU NEXT WEEK...HERE'S TO THE GREATEST RIDE AT DISNEY."

The post makes no sense. Perhaps Steven Tyler wants Disney to edit the ride to feature his latest hand gesture, which is probably just another gross sexual innuendo.