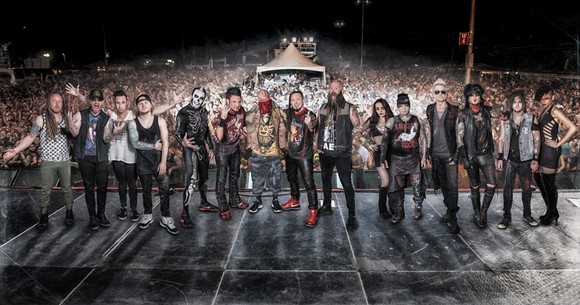 The traveling metal roadshow that is Five Finger Death Punch, Shinedown and Sixx A.M. have just announced some new dates on their nationwide tour set for later this year, and with this second round, an Orlando show has been added.

The package tour will be touching down at the Amway Center on Thursday, December 8. New U.K. outfit As Lions is coming along for the ride too.