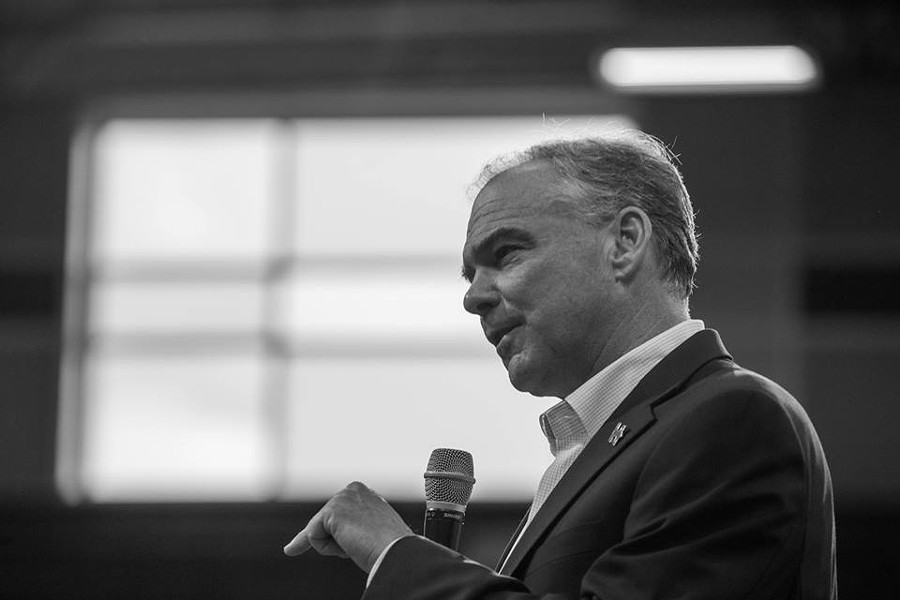 With polls showing Florida could once again be decided by a razor-thin margin in the presidential election, Democratic vice-presidential nominee Tim Kaine used a campaign stop Friday at Florida A&M University to lacerate Donald Trump for having support among white supremacists.

The criticism by Kaine built on remarks Thursday by Democratic presidential nominee Hillary Clinton tying Trump, her GOP rival, to some of the most extreme elements in American politics.

Kaine underscored a decades-old housing discrimination lawsuit against a Trump family company; the Republican nominee's past support for "birtherism," a conspiracy theory holding that President Barack Obama was born in Kenya; and praise for Trump from figures like David Duke, a former Grand Wizard of the Ku Klux Klan.

Trump has disavowed Duke's support, though critics argue he was slow to do so.

Speaking to a couple of hundred people in the heat of an August afternoon, Kaine said Trump's attitudes on issues like race cut against the "North Star" that America's founders laid out in pro-equality statements.

"Ku Klux Klan values, David Duke values, Donald Trump values are not American values," Kaine, a senator from Virginia, said. "They're not our values. And we've got to do all we can to push back and win to say that we're still about heading toward that North Star that we set out so long ago."

Kaine, donning a FAMU hat, also touted Clinton's plans to increase funding for historically black colleges and universities such as the Tallahassee school.

"HBCUs (historically black colleges and universities) have a role that's every bit as important today and tomorrow as it was when universities like FAMU were founded," Kaine said.

The rally on the FAMU campus followed a visit by Kaine to Domi Station, a Tallahassee space meant to help business start-ups. He is scheduled to campaign Saturday in Pembroke Pines and Miami Lakes.

The campaign swing highlights the continuing role of Florida and its 29 electoral votes —- more than a tenth of the total needed to win the White House —- in the November election. Polls have shown a seesaw race in the state between Clinton and Trump. Democratic Congresswoman Gwen Graham said Kaine emphasized the state's importance during a Thursday fundraiser in Tallahassee.

"We all know that," said Graham, who is considering a bid for governor in 2018. "Florida's going to be the swing state. Win Florida, win the election."

In a statement surrounding Kaine's visit, Republican Party of Florida Chairman Blaise Ingoglia hammered an array of stories that the GOP has used to cast doubt on Clinton's credibility.

"Whether it's the shady actions behind her secret email server or her pay-to-play conflicts of interest surrounding the Clinton Foundation, Floridians have had enough of Hillary Clinton's lack of transparency and accountability, and deserve answers," said Ingoglia, a state House member from Spring Hill. "As Tim Kaine campaigns across the state this weekend, he deserves to be asked whether he condones Clinton's unethical and unacceptable actions."