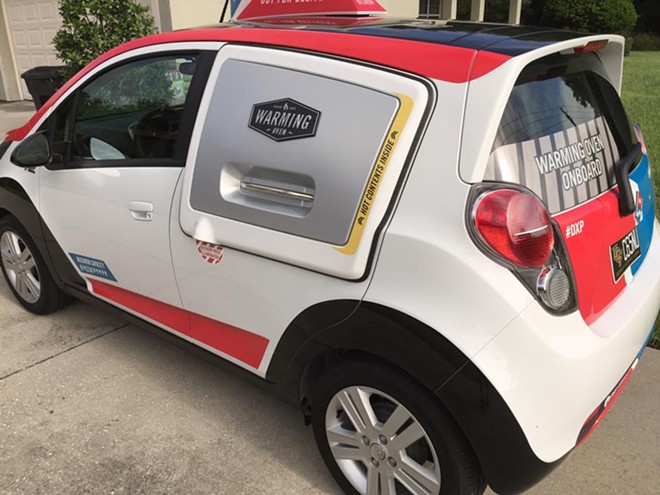 An Orlando area Dominos will be the first in Florida to own and operate a DXP, you know, one of those pizza cars with the built-in oven.

The Domino's DXP will allow drivers to do their jobs with greater efficiency, with features such as an innovative built-in warming oven, a reconfigured interior that holds up to 80 pizzas, and special compartments designed to hold side items and sodas.

With only 155 DXPs available across the U.S., the University of Central Florida campus store will have the coveted position of having the only DXP in the state.

How did this locally-owned franchise afford a $25,000 pizza oven on wheels? It didn’t. The local Orlando Domino’s store won the DXP through a national voting contest.

Local voter’s put the store in the top three stores set to win, that’s when the franchise owner, Artie Stoeke, took into his own hands by submitting an essay on why they should win. “It’s not only Domino’s UCF campus store that won the DXP; the community won this as well,” said Stoeke in the Domino's press release. “The DXP represents for Domino’s and I couldn’t think of a better place for it to be than right here, in the heart of UCF’s campus. This is where all of the action takes place and I can’t wait for it to be a part of sporting events, concerts, graduations and more.”