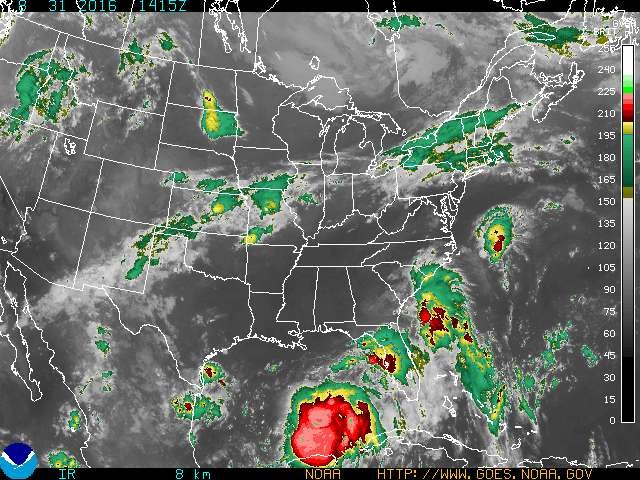 Scott declared a state of emergency for 42 counties, which covers all of Central Florida, except for Osceola County.

Governor Scott said in statement, “Last night, hurricane and tropical storm watches were issued along Florida’s Gulf Coast from Pasco County to Gulf County. We also learned that the National Hurricane Center expects Tropical Depression Nine to become a Tropical Storm sometime today. It is crucial that every Floridian has a plan in place to ensure their families, homes and businesses are fully prepared. Floridians can make their own plan at FLGetaPlan.com."

I have declared a state of emergency in 42 counties within Florida in preparation for Tropical Depression Nine: https://t.co/qLCu5MnDzO

According to the National Weather Service, as of now Orlando can expect wind gusts up to 25 mph, and 2 to 5 inches of rain on Friday.

If the storm intensifies over the next 24 hours, it will reach naming status, and will be called Hermine.

If you're interested in free sandbags, the City of Orlando has various locations setup for pickup.