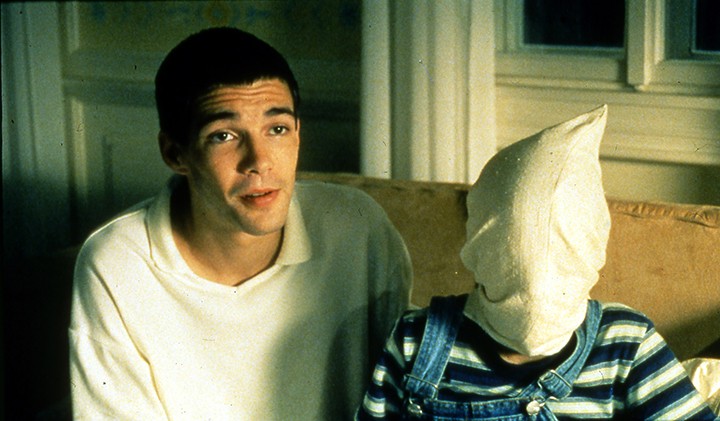 "Subtlety" is not the virtue that comes to mind when describing the films shown at Uncomfortable Brunch (mission statement: "showing movies that make you feel bad while serving food that makes you feel good"). No, most of the movies in this series, and especially this week's selection, have a point to make, even if they have to ram it down your throat. (Sometimes the throat-ramming even happens on screen! So yeah, not subtle.) It's more about single-mindedness, passion, intensity, maybe a little rage. Funny Games, Michael Haneke's 1998 "torture comedy," is a sadistic blunt instrument with which the director hits his audience over the head repeatedly until they realize their own complicity in the culture of violence. Two clean-cut young men torment a suburban family, without cause, for almost two hours; do you watch? If so, what keeps you watching? A clue to the film's infuriating nobody-wins premise is this comment from its director: "Anyone who leaves the cinema doesn't need the film, and anybody who stays does." Well all right, who's ready for pancakes?