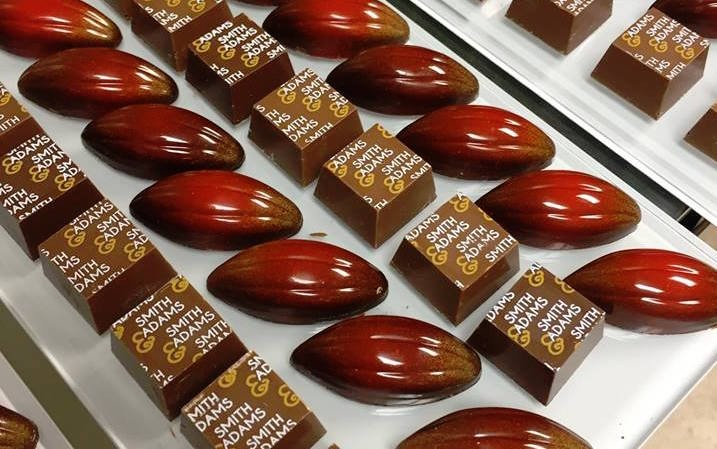 In a bit of unsweet news, we found out last night that Smith & Adams Confectioners has closed its doors.

We named Smith & Adams to our list of the 16 restaurants you need to try in 2016 in our January feature "State of the Plate," after the sweet shop opened in Colonial Plaza in December. Their polished and faceted, jewel-like bonbons and truffles had a loyal following (we especially liked the vivid chartreuse matcha-lemongrass ones, and their Old Forester old-fashioned dark chocolate cherries were a hit at Orlando Weekly's Whiskey Business event earlier this summer).

The sweet shop's owners announced on their Facebook page, "It is with great disappointment that we announce the suspension of Smith & Adams Confections, and have closed our store in Colonial Plaza. We loved every minute of creating our chocolates and gelato, and want to thank all of our loyal customers for their patronage and support." We've reached out for more information on the possibility of reopening elsewhere, and will update this blog with any new developments.