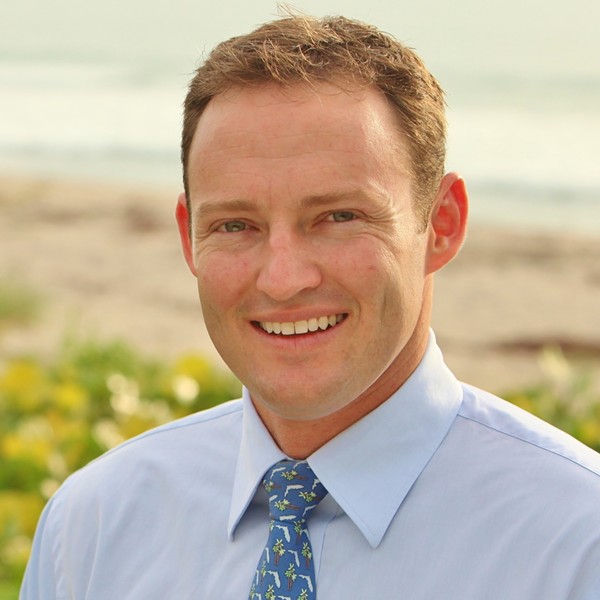 Democratic presidential candidate Hillary Clinton finally endorsed U.S. Rep. Patrick Murphy after Florida newspapers reported she hadn't mentioned him or his high-stakes race for the U.S. Senate during her campaign events in the state.

The Miami Herald/Tampa Bay Times bureau in Tallahassee reports that for almost a year and a half, the Jupiter Democrat has gotten support from major party leaders like President Barack Obama and Vice President Joe Biden in his race against incumbent U.S. Sen. Marco Rubio, but has notably not received an endorsement from Clinton until today.

"Biden has been to Florida three times since then to campaign with Murphy, and Obama not only supported Murphy at a Miami fundraiser in June but he also did radio and TV ads for him this summer.

While Clinton hasn’t mentioned Murphy at her campaign events, the two-term congressman has openly and loyally supported her campaign for president (although he took heat in the primary for being among a small group of Democrats who supported creating the House Benghazi committee that investigated her)."

Clinton released her endorsement for Murphy a couple of hours after the story ran, saying in an email from Murphy's campaign:

"I am proud to endorse Patrick Murphy to be Florida's next U.S. Senator," Clinton says. "Patrick is a problem solver who will work hard for the people of Florida. From strengthening our middle class to fighting for common-sense solutions to reduce gun violence to protecting women's health care, I know that I can count on Patrick to be a strong partner in the U.S. Senate. Florida families deserve a leader who will put their interests first - and I know that Patrick Murphy will be a voice for families across the state."


In a statement, Murphy says Clinton is one of the most qualified candidates to ever run for president, and that he was proud to get her endorsement, adding:

"Throughout her career, Hillary has fought to break down barriers, shatter glass ceilings, and create opportunities for all Americans to succeed. Together, we will stand up for women’s health care, fight for our environment, and always put our middle class families first. I look forward to showing up and working hard for Florida, alongside our country’s next President, Hillary Clinton."

"The only reason Clinton did not endorse Murphy sooner is because he is such an obviously flawed candidate and ineffective congressman that he has to lie about his resume. Not only does Murphy fully support Clinton's liberal agenda, but he thinks she is honest and trustworthy!"