Sia's 'The Greatest' video misses its mark as a Pulse tribute 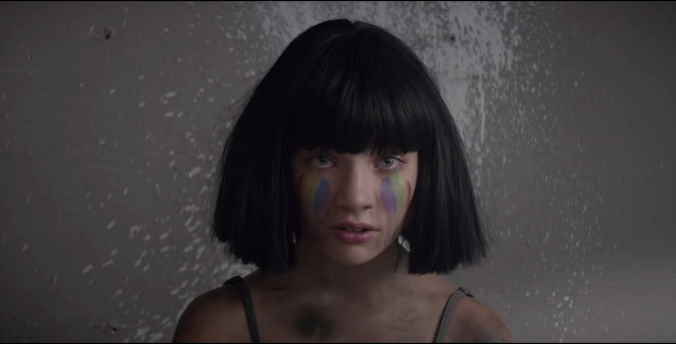 Singer and songwriter Sia is the latest artist to contribute to the growing number of musical tributes to the victims of the Orlando massacre with a new video for her latest single, "The Greatest."

Although it doesn't explicitly reference the mass shooting that killed 49 people, majority Latinxs, at the gay nightclub Pulse almost three months ago, it's an emotional, searing piece of work that has enough references for viewers to connect the dots. The video starts with children, eyes closed, slumped on the ground, then cuts to 13-year-old dancer Maddie Ziegler rubbing rainbow-colored paint on her face in the form of tear streaks. Ziegler, who's collaborated with Sia in previous videos like "Chandelier," wakes up the kids, busts them out of a jail cell and they dance in what looks like a nightclub. "I'm free to be the greatest," Sia sings as Ziegler spins around the room. "I'm alive." Toward the end, Ziegler and the 48 other dancers are dancing together, a mass of energy, until they fall and crumple into piles in front of a bullet-ridden backdrop.

Sia, who is part of the LGBTQ community, has received near universal praise for her artistry and the unique video that breaks away from other songs recorded after the Pulse massacre. The majority of those songs focused on healing and recovery, while Sia instead aims for empowerment. Unfortunately, it gets close but doesn't achieve that for us in two aspects.

First, the video ignores that most of the victims were queer Puerto Ricans, Latinxs, Afro-Latinxs and African-Americans. While some people of color are dancers in the video, many are white. The gunman didn't just enter a gay club that night — he specifically went on Latin night, which, as writer Kat Tanaka Okopnik argues, was a "refuge within a refuge." It was a space where being LGBTQ and being Latinx could safely intersect and thrive. That isn't always possible outside the club, where homophobic violence, homelessness and the fact that trans women of color, especially black trans women, are routinely murdered is a reality. Several of the Pulse victims migrated to Orlando because it was a place they could feel a little more accepted than back home. Sia's video starts off with the well-meaning hashtag #WeAreYourChildren, but that erases a group's very specific trauma to lump people together in the name of unity. Failing to acknowledge the important racial and social aspects of victims' lives dehumanizes them.

The second reason has more to do with why Sia chose to partially re-create the scene of worst mass shooting in modern U.S. history. The crumpled bodies on the ground were supposed to be a haunting last image for the video, but instead it was painful and in a way, grotesque. It's hard to imagine someone would have done a similar video for the victims of 9/11 or the dead children in Newtown. Since the shooting, the people who loved these victims have been working hard to individualize them, ultimately making sure they weren't just part of another body count but people who had their own unique hopes and dreams. You can honor victims without re-creating their deaths, such as when Beyoncé honored Trayvon Martin, Eric Garner and Michael Brown on Lemonade by featuring their mothers holding up pictures of their sons. Consuming the tragedy again for the sake of "awareness" is not worth it and can be traumatic for victims' families, survivors and members of the queer community who already know violence.

Sia's actions missed the mark again after she decided to perform "The Greatest" and show the video at Apple's iPhone launch in front of company employees and the media this Wednesday.

"At almost any other venue, it would have made a lot more sense, but the juxtaposition of a song meant to mourn the vicious murder of queer people of color with an hour-and-a-half-long announcement of new smartwatches and wireless headphones felt tone-deaf at best," writes Charles Pulliam-Moore for Fusion.

Sia hasn't specified whether any proceeds from the song will go to Pulse victims' families and survivors or another LGBTQ-centered organization.