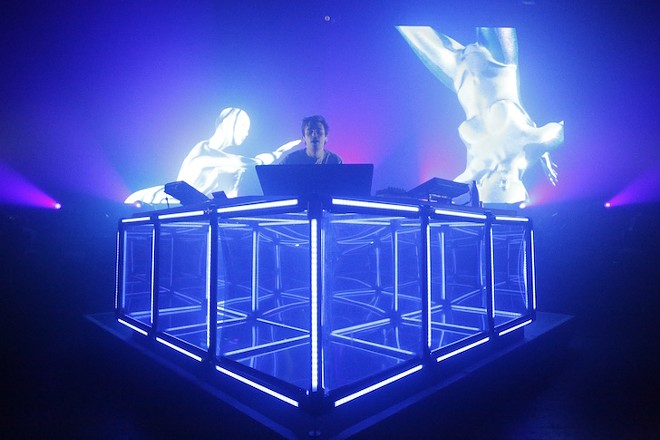 Harley Streten, aka Flume, made a memorable stop in Orlando last night as a part of his world tour. The concert comes after the release of his second studio album, Skin, which includes features from Vic Mensa, AlunaGeorge, Beck, Little Dragon and others, giving it a more mainstream edge than his independent debut album.

Flume's musical influences originated from his home country, Australia, where he started out making hip-hop beats as a hobby. His demeanor as an award-winning musician seems to still reflect the sense of artistic exploration he’s had since he first touched a synthesizer.

Flume seems to always find ways to create something unique and original, and his latest album proved just that. But when a shockingly original sound becomes appropriated by other artists, it may be hard to find a new sound with an equal tone of originality.

Nonetheless, Flume’s performance at House of Blues showered Orlando with unique sounds and amazing beats that reflected his ever-evolving style and demonstrated his influential place in the industry.