Jasmine covers up at Disney World with new conservative costume 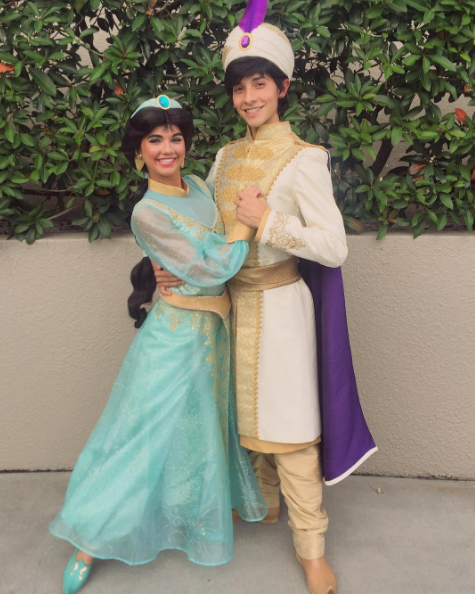 Just in time for Halloween, Disney has unveiled brand-new costumes for Aladdin and Jasmine. The costumes, which were first showcased during the Mickey’s Not So Scary Halloween party on Sept. 2, keep the same color scheme as the royal couple of Agrabah's former outfits, but otherwise are a big change.

Aladdin’s outfit has been updated from his former "street clothes," a vest and red fez, to a more royal jacket with a large turban featuring a giant jewel, similar to the royal outfit Aladdin wore in the original animated film. This more formal outfit is similar to ones that Aladdin characters have been seen in during various special events over the years. 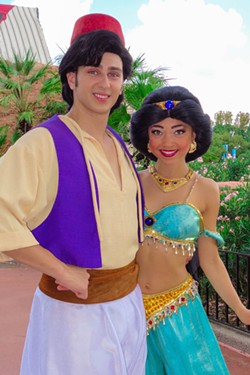 The more shocking change is to Jasmine’s costume. Gone is the midriff-revealing outfit from the films, and in its place is a princess outfit that looks more like something for Cinderella than for the daughter of the Sultan. In a more muted version of the former color scheme, the new outfit features wrist-length sheer sleeves, an ankle-length skirt and a new headpiece. Previously, Jasmine’s outfit was one of the most revealing of the Disney characters'; now, only her face and hands are exposed.

Some have speculated that there were guest complaints about costume, but Disney meet-and-greet expert Kenny the Pirate states the updated outfits are part of a wider update to character costumes that have taken place recently. Pocahontas and Mulan also saw costume updates earlier this year, along with various other character updates over the past two years.

The new costumes were rolled out at the Aladdin and Jasmine meet-and-greets in , Epcot and Disneyland within the past few weeks.