After the massive bee die-off that resulted in South Carolina after Zika spraying last month, Osceola County apiarists are doing everything they can to get the word out about planned mosquito control spraying today.

On Aug. 26, South Carolina's Dorchester County Mosquito Abatement posted a notice on their website, but apparently an employee failed to call local beekeepers to warn them directly, resulting in the loss of at least 3 million honeybees. 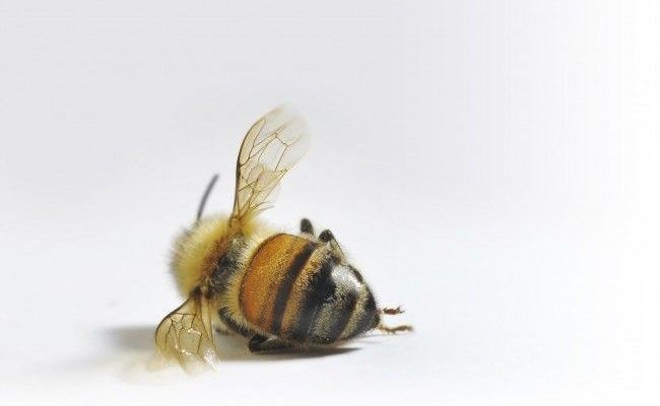 The Kissimmee Valley Beekeepers Association alerted its Facebook followers that aerial spraying starts in Osceola County tonight (Tuesday, Sept. 13), saying: "There are no failsafe protective measures you can take to protect your bees, but you can cover your hives with wet cloth by 8 p.m., and remove it immediately in the morning."

Osceola County officials say that the planned treatments "are not related to Zika in any way, but are in response to 'flood water' mosquitos from standing water left behind from recent rains," although, probably inadvertently, they posted an image file named "Zika-mosquito.jpg" on the page.

The announcement continues: "Osceola County is still not seeing high numbers of the mosquitos that can carry Zika, though counts for other types of mosquitos have increased. The aerial applications will target all mosquitos."

Osceola will be spraying Naled, the same insecticide used in the South Carolina spraying, but the director of Mosquito Control for Osceola County, Terry Torrens, told WESH today that the county "chooses to apply the lowest amount, which is about a teaspoon over about a football field."  (Correction: A previous version of this article stated that Naled was not used in Dorchester County, which was incorrect.)

Trade magazine Pest Control Technology reported that beekeepers across the state are worried about spraying with the rise of the Zika virus.

Fred Fishel, professor of agronomy and director of the Pesticide Information Office at the University of Florida in Gainesville. “With the Zika cases in South Florida, and now that scientists have identified mosquitoes that carry the Zika virus, we would expect beekeepers to be concerned about increased pesticide application,” Fishel told PCT. “But registered beekeepers should be notified before an application of pesticides. That gives them time to protect their bees while spraying is conducted.”

Florida is the third-largest beekeeping state in the nation, according to the article.

Below is the list of Osceola County areas to be treated:

Osceola County, Florida – In response to excessive rainfall, Osceola County Mosquito Control plans to begin aerial spraying of approximately 20,000 acres Tuesday, September 13, between the hours of 8 p.m. and midnight for the following communities:
In the event that weather prohibits aerial treatment, alternate days will be Sept. 14-17, within the same time frame. Mosquito Control will continue to provide ground treatment via spray trucks throughout the County as weather permits. Note: Ground treatments are not conducted when it is raining or if the winds are at 10 miles per hour or greater.