Florida black bears are 'robust and growing' in the state, report says 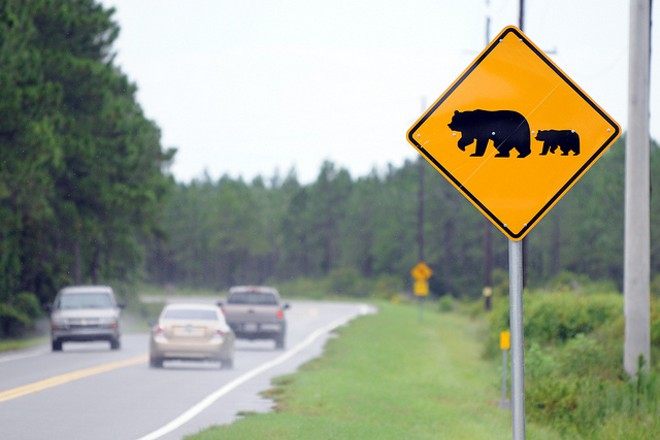 Florida's black bear population has grown to 4,030, according to a newly released survey commissioned by the Florida Fish and Wildlife Conservation Commission.

That's a slightly lower number than the 4,350 bears the agency estimated the state had back in March and lower than the 4,220 bears the agency estimated Florida had before the controversial 2015 bear hunt, where more than 300 bears were killed after numerous protests by animal and conservation advocates. FWC commissioners voted against having a hunt in 2016, but they could decide to have a hunt in 2017. Still, the FWC says the new survey confirms that Florida's bear population is "robust and growing."

The FWC says the study, led by Joseph D. Clark of the U.S. Geological Survey and the University of Tennessee, shows the bear population is 48 percent larger than when previous estimates were done in the early 2000s and is an indication of how conservation measures have helped the black bear population grow since the 1970s, when there were only 300 to 500 bears in the state.

"Dr. Clark’s final population model affirms the cutting-edge, scientific work that is being done to accurately estimate Florida’s growing bear population," says Nick Wiley, executive director for FWC, in a statement. "While we recognize that the initial March estimate was higher than the population figures Dr. Clark’s final modeling offers, our decision making has been and will continue to be guided by sound science. FWC’s focus remains responsibly balancing the needs of black bears with the safety and well-being of Florida’s families and communities."