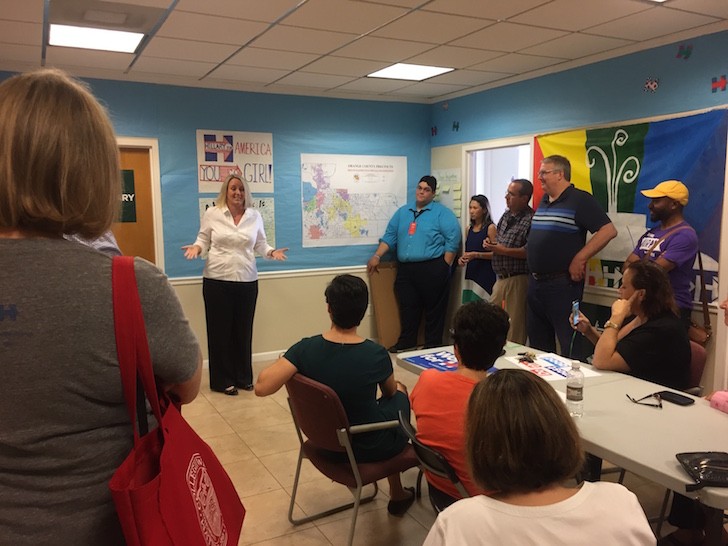 Topics such as women's voter registration, college affordability and Donald Trump's legacy drew cheers and jeers from the crowd Saturday morning at a Hillary for America voter registration launch and phone bank.

She then introduced EMILY's List president Stephanie Schriok, who encouraged volunteers to donate more of their time for an election she says will define American values.

EMILY's list is a political action committee dedicated to electing pro-choice women. In 2010, NPR called their fundraising success "undeniable." This year, they are endorsing Murphy in her House race as well as Clinton.

Their name, an acronym for "Early Money Is Like Yeast," references the potential for a candidacy to thrive if funded early.

"This district is evenly split between registered Republicans and registered Democrats," Murphy said of the importance of galvanizing all kinds of constituency groups.

Schriok expressed outrage at the Republican party's unwillingness to stand up to Trump, and blamed their rhetoric for Trump's meteoric rise.

Clinton and Trump are closer than ever in national polls.

Later in the afternoon, Alex Barrio spoke about his own law school debt — totaling close to $200,000 — and the dwindling of Florida's Bright Futures program that makes it harder for even undergraduate students to graduate debt-free. He emphasized how interest and a hard-to-grasp payment structure add to his growing figure every year. 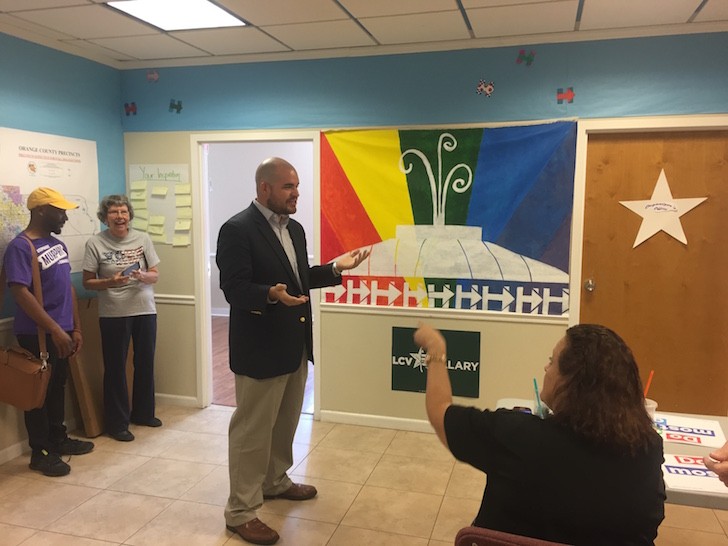 "It's a very complicated scheme. It's a system that needs serious reforms," he said.

Barrio, who lost his primary bid for Florida House District 48 last month, endorsed Clinton's two-pronged plan that allows for people in debt to refinance and for families who make less than $125,000 to send their children to public universities tuition-free.

When a volunteer raised her hand to ask where the money would come from, Barrio deferred to Hillary for America's regional press secretary, Leonardo Salgado.

"It's going to be part of the economic reform and tax reform. If you need more information, you can look it up on hillaryclinton.com," he said.

Schriok, on the other hand, emphasized that college debt affects more than just millennials, and that the compromises made at this year's convention with the Sanders team are something to be proud of.

"When it comes to college education, women's voices at the table are so very critical. We have so many families headed up by women who are trying to make ends meet, and to look at the cost of college — it's just too much," she said.