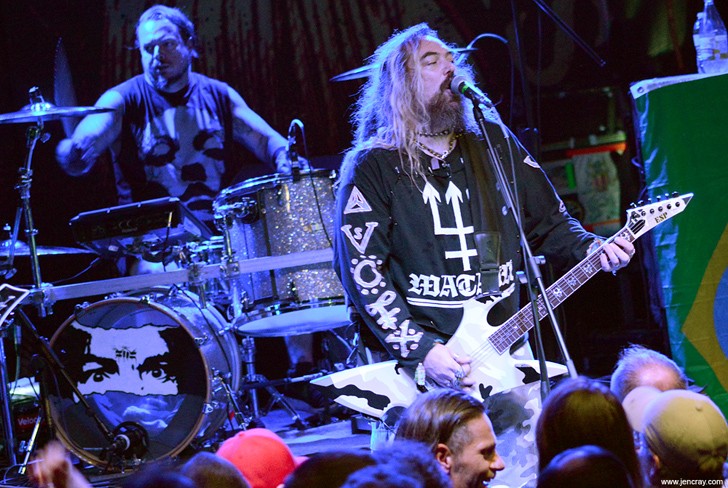 While not technically a Sepultura reunion, Max and Iggor Cavalera performing the 1996 thrash metal classic Roots live is still a very, VERY big deal to a lot of people. The Brazilian-born brothers – who also play together in Cavalera Conspiracy – fell into the idea of this 20th anniversary tour quite by accident, while Max was playing in London with his other band, Soulfly.

"Iggor came down and jammed Roots with us. A light bulb went off in my wife Gloria's head ... She began to ask around if fans would be interested in the show," explains Max. "She was surprised at the interest people showed and she took it from there and built the tours."

"Interested" is, perhaps, an understatement. Though Sepultura has continued to be a band since its inception in 1984, the Cavalera brothers haven't been in the lineup for years (Max left in 1996, Iggor left 10 years later in 2006) so, for many fans, this tour will be the closest they ever come to seeing the original incarnation of Sepultura. Their crowds are legendary for the insane pits they inspired; will this tour be any different? Not if Max gets his way.

"I get energy from the circle pits and walls of death, from the stage dives and the electricity in the air! I think it's cool that the metal shows are the only shows with this atmosphere. You don't see this at hip-hop or pop shows."

Know what else you don't often get at hip-hop or pop shows? A berimbau. This Brazilian instrument, most closely associated with the martial art capoeira, is the heart and soul of Roots and the reason the record has such an exotic flair. "I thought it would be cool to make a more simple-sounding record. The riff of 'Roots' was like a mantra, repeating itself. I was interested in the minimalistic sound of things. ... I had to fight with the band to get the down tuning and the berimbau accepted."

That Brazilian vibe, coupled with the low and heavy guitar sound, gave rise to a pivotal album that incorporated world music into an already melting-pot mix of experimental metal. Not world music in a new-agey sense, mind you – this album doesn't back off one iota on the thrash scale. So what songs are going to ignite the crowd? "'Cutthroat' and 'Straighthate' are fire!!"

The band has history in Florida, having recorded 1991's Arise at Morrisound Recording in Tampa. "It was exciting!" Max remembers. "We had lots of friends in the studio from local bands, Morbid Angel and Obituary. ... We rented a convertible and drove through the streets jamming the tracks!"

The Return to Roots Tour hits the State Theater in St. Petersburg on Oct. 1, with Combichrist, All Hail the Yeti and Oni. Max will be joined onstage by his brother Iggor on drums, and fellow Cavalera Conspiracy bandmates guitarist Mark Rizzo and bassist Johny Chow. Rage hard, Florida. If all goes well, there are plenty of other killer albums in the Sepultura arsenal just begging to be played live.

After Max gives his Soulfly fans some love, that is. "Next year is 20 years of Soulfly, and I want to give my Tribe my best work yet!" 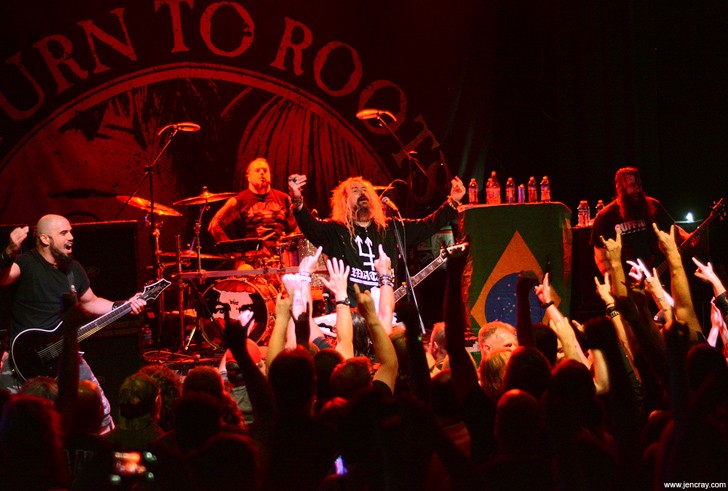