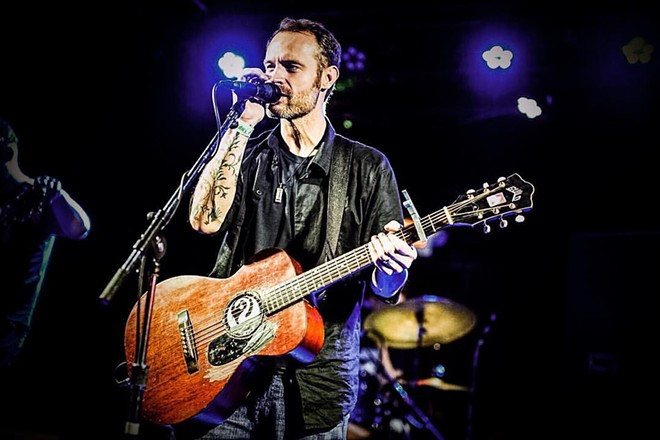 Seattle's Rocky Votolato (and former Waxwings leader) will mark the 10th anniversary of his classic album Makers (2006, Barsuk) with a run-through of the entire album tonight at Backbooth.

Makers was perhaps Votolato's darkest, most stripped-down musical statement. Tiny Mix Tapes piled on the adjectives in their review at the time of original release, praising it as "bittersweet, reflective, revelatory, expressionistic." (Whew.)

Touring support comes from Chris Staples, interviewed recently by the Weekly, with door opening at  7 p.m. Tickets will set you back $15.