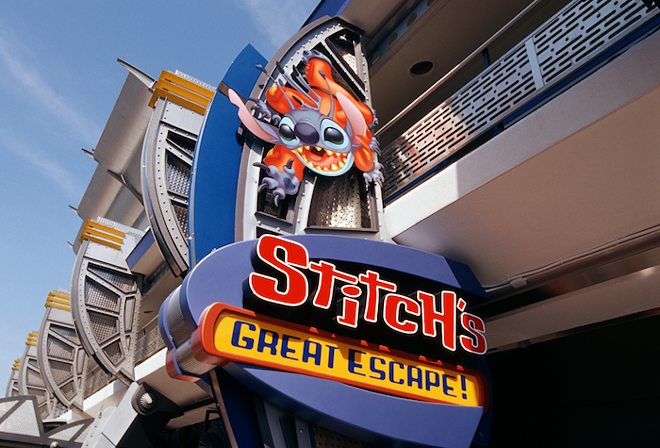 Disney has announced that Stitch's Great Escape in the Magic Kingdom will begin operating seasonally, meaning it will only operate during days with the highest attendance.

According to the Orlando Sentinel, the last day of the ride's regular operation will be Saturday, Oct. 1, and then it will be closed until Nov. 19, reopening just in time for the Thanksgiving crowds.

Historically speaking, seasonal operation has sometimes been a warning sign of a permanent closure in the years to come. Wonders of Life, formerly in Epcot, and the Timekeeper, formerly located across from Stitch's Great Escape, both closed a few years after switching to seasonal operation.

This announcement comes just a month or so after rumors started surfacing that Stitch would be escaping permanently to make room for a Wreck-It Ralph ride. The rumors originated from Jim Hill's Disney Dish Podcast. He suggested that the ride could be a combination of simulator based karts and virtual reality headsets that would allow riders to race through the world of Sugar Rush.

None of the rumors of permanent closure have been confirmed by Disney.