Seattle troubadour Rocky Votolato (Sept. 20, Backbooth) has always been on the sensitive end of the spectrum between indie and country. Emotionally, he’s been pretty seriously dogged by some well-known depression that even sidelined him from his music career for a time at the end of the last decade. Musically, his sensibility has sometimes made his songs feel a little sapless, truly breathing only live on stage. For all these reasons, it was so good to hear the remarkably full sail of his 2015 album Hospital Handshakes, the most vigorous work he’s possibly ever made as a solo artist.

The thing is, however, Votolato’s currently on a 10th anniversary tour for his album Makers, a fine enough album with some real moments. Really, though, I’d much rather bask in the current glow of Hospital Handshakes and the possible brighter, more surefooted future it portends. That said, he and his band peppered the material from the album of honor throughout the set in an organic way rather than making it an unchained monolith that monopolizes the night. Although it would have been refreshing to ride more of Votolato’s new groove, that live force that always breathes requisite life into his feelings carried the day as usual. And bless the guy for packing that sweet, sweet live pedal steel.

While opening tourmate Chris Staples is a fellow Seattle musician, he’s also an erstwhile Floridian. A mix of melody, reflection and ease, the Barsuk Records artist at times conjures memories of Josh Rouse when he was still good and depressed in the Midwest.
He renders his music with just enough crispness and distinction of melody to make his introspection a radiant affair. And his full-band performance was a display of quiet shimmer and a triumph of solid craft. 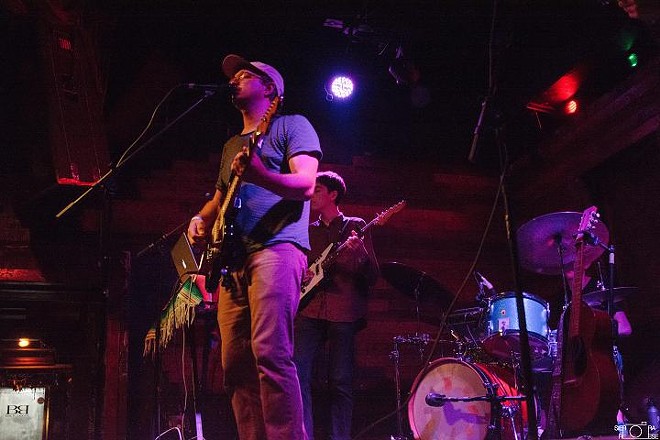