The Falcon has been the one spot bringing the color and the edge to Thornton Park for a while time now, and its latest feat was sending the charming downtown neighborhood down to the bayou for a night.

New Orleans musician Johnny Azari (Sept. 24) is an especially interesting solo act that’s anything but your usual singer-songwriter type. He’s got an acoustic guitar, but he greases it with heavy slide. And instead of some sleepy stool, he saddles himself on a big kick drum which he heel-stomps to keep his own time.

On the one-man-band spectrum, Azari’s hue is definitely the Delta blues. It’s as deep a well as any to start from, and it gets especially interesting when you take that old, dark, howling spirit and conjure it with some young alternative verve like he does. 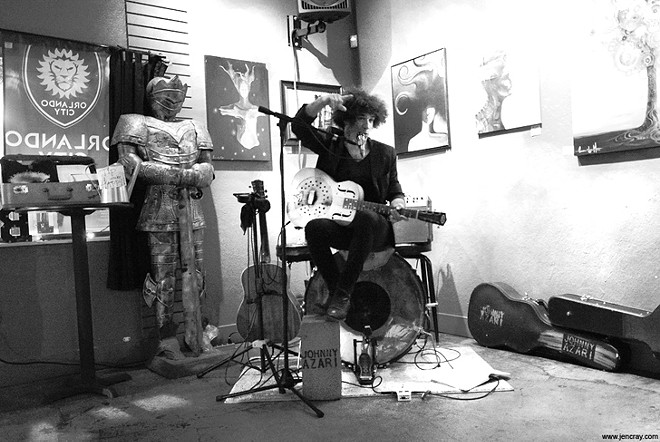 In step with the tradition, Azari brings a strong, modern storyteller aspect to his performance, though his conversational levity can sometimes cross over from charisma into forced comedy. But his playing, well, that blend of grit and skill is one strong, swampy brew. 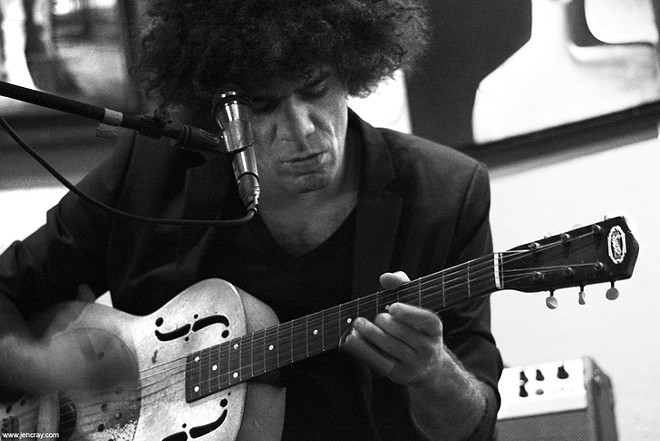