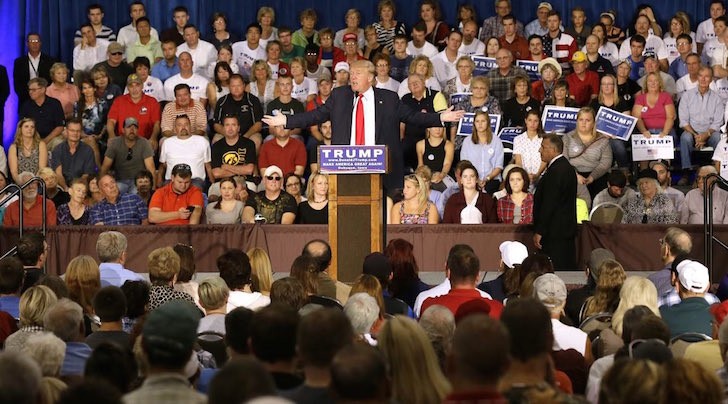 The real-estate-mogul-turned-reality-TV-fixture-turned-serious-presidential-contender hits Central Florida a day after Democratic vice-presidential nominee Tim Kaine, who spent Monday night at a debate watch party in Orlando, and almost a week after Clinton's speech in the city.

Both campaigns have been visiting Florida pretty frequently. The battleground state is a cause for jitters in both camps.

Nate Silver's FiveThirtyEight — a widely trusted poll aggregator owned by ESPN and used by the likes of the New York Times and On the Media — currently has Florida painted a faint red, with Trump projected to have a 55 percent shot at winning the state's 29 electoral votes.

Clinton is still expected to win the general election, according to the site.

"I think, if [Trump's] going to be president, he has to win Florida," Brevard County Republican Chair Barbara Davis told Florida Today.

Brevard is a Republican-majority county, with over 41,000 more registered Republicans than Democrats. Trump won the primary vote in the county with 46.3 percent of the vote.