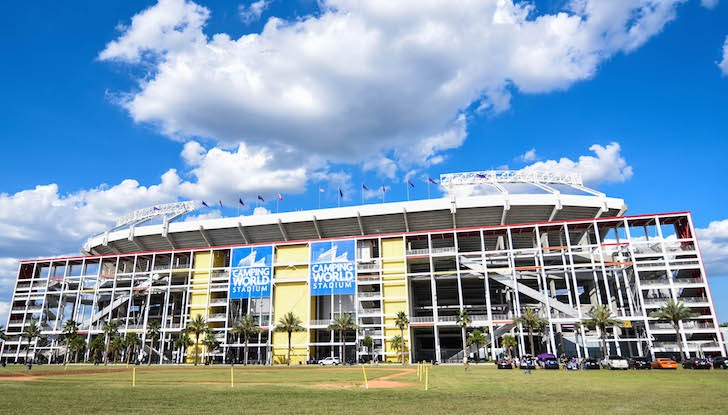 Orlando will be the official host of the Atlantic Coast Conference Championship football game on Dec 3.

The ACC announced Thursday that fans can expect to tune in for kickoff at 7:45 p.m. on ESPN or 8 p.m. on ABC.

The move to Orlando follows controversy in North Carolina regarding the controversial House Bill 2. That law requires visitors to schools and government building to use restrooms aligning with the gender that is listed on their birth certificates. This is just of the bill's other provisions considered discriminatory to the LGBT community, according to the Orlando Sentinel.

Relocation of all 10 of its neutral-site championships from North Carolina was announced on Sept. 14, in response to passage of the bill.

This announcement marks just one of the many events planned for the newly renovated stadium. The stadium is also scheduled to host the Florida Classic Career Expo on Nov 18. and the Pro Bowl in January 2017.

"Landing the Atlantic Coast Conference Championship is a victory for our community. It's another sign that Orlando is becoming the nation's leading sporting-event destination, a marquee game that will keep our local economy buzzing by bringing visitors," stated Orlando Mayor Buddy Dyer on his Facebook page.

Exact times for the games will be announced  in late October.