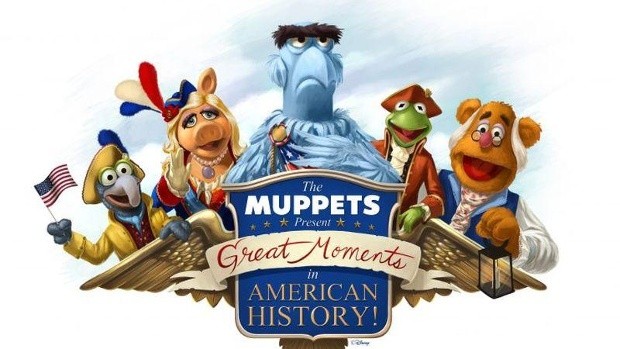 Kermit, Miss Piggy and the rest of the Muppet gang will present a humorous look at American history at their new show in the Magic Kingdom, "The Muppets Present Great Moments in American History."

Disney announced that the show will begin on Oct. 2 and will be presented in the Liberty Square section of the park outside the Hall of Presidents attraction.

The show will run several times each day and will feature the Muppets' take on different historical moments, from the signing of the Declaration of Independence to Paul Revere's midnight ride. Hosting the show will be Sam Eagle, the "fiercely patriotic" (and frankly, not much fun) bald eagle Muppet.

On The Muppet Show, Sam was "appalled by the nonsense that passed for entertainment on the series, and did his best to keep things in check, even though his pleas for an end to madness were usually ignored." Disney has promised that hijinks will ensue, so Sam will have his wings full keeping a lid on it all.