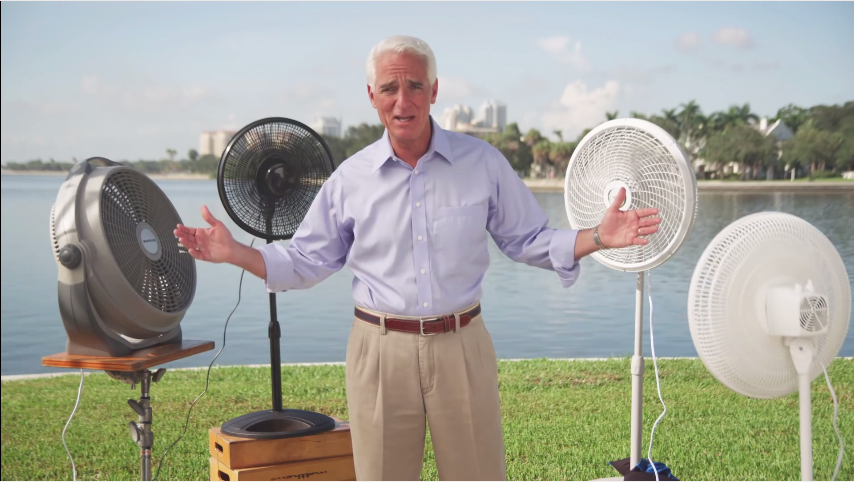 Former Florida Gov. Charlie Crist wants his prospective constituents to know he's a "fan of fans" and even brought along his own fan squad.

Crist, who is currently running a Democratic campaign for Congressional District 13 against Republican U.S. Rep. David Jolly, praised all things fan in his latest campaign video.

"You know I was your governor," Crist says in the video. "But there's some things you may not know. My hair used to be way better. I played quarterback. My dad was a doctor here for 55 years. I swim every morning. And yes, I'm a fan of fans."

Crist reportedly hates sweating in public, and his love affair with portable fans has a long history in Florida – there's even a Twitter account dedicated to it. Back during the 2014 race for Florida governor, Crist and his fan went viral after Gov. Rick Scott refused to go onstage during a debate against Crist, because of a fan set up beneath his podium.

Crist was onstage alone for about seven minutes, and at one point, asked, "Are we really going to debate a fan?" Scott joined the debate after a few minutes, but it was too late – #FanGate dominated the news and handed the world another "Florida Man" story.

Two years later, the fan still has the last word in Florida politics.