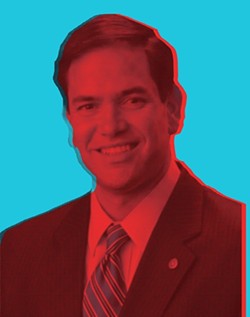 In a brief analysis released with the poll results, Mason-Dixon pointed to Rubio's lead among Hispanic voters. "It is extremely difficult now for a Democrat to win in Florida while losing the Hispanic vote," the analysis said. The race has drawn national attention as Democrats try to wrest control of the U.S. Senate from Republicans. The Mason-Dixon poll of 820 voters was conducted from last Tuesday to Thursday and has a margin of error of 3.5 percentage points.