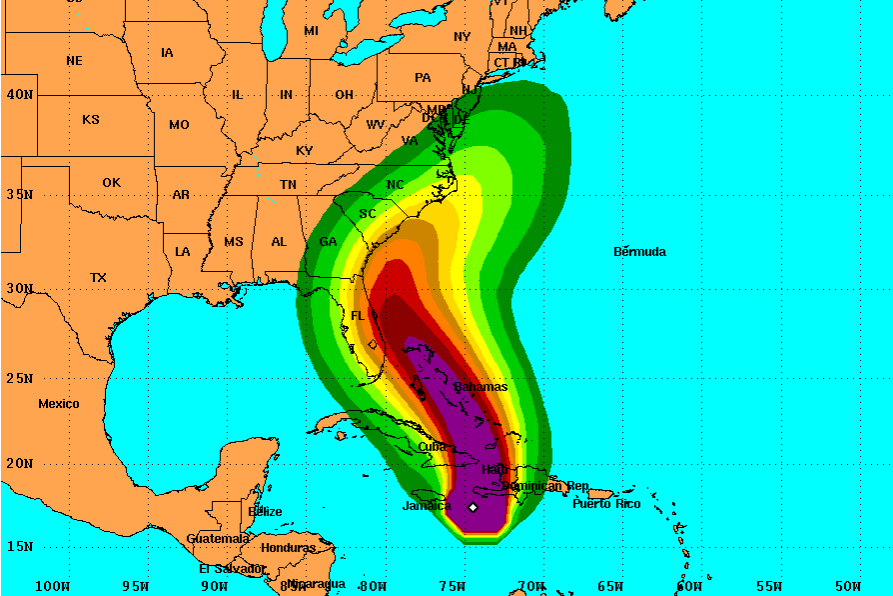 Gov. Rick Scott has declared a state of emergency for all 67 counties due to the predicted path for Hurricane Matthew shifting towards Florida.

Matthew strengthened into a major hurricane on Friday, and at one point was a category 5. At time of writing, Matthew is a category 4 with winds reaching 145 mph, and is over Haiti. According to the National Hurricane Canter, "This is the first Category 4 hurricane landfall in Haiti since Cleo in 1964."

The current prediction is that the storm will pass by Florida's east coast Thursday and Friday as a category 3. Although it is not supposed to hit Florida directly, we may still experience heavy rain, damaging winds, tornados and flooding from the bands. Additionally, the storm's path could still change.

Gov. Scott called Hurricane Matthew "life-threatening" and said that if it does hit Florida, it could be the worst devastation since Hurricane Andrew.

Declaring a state of emergency allows the government to put themselves in a better position to deal with any possible effects from the hurricane, including being able to distribute supplies and activate emergency response and recovery if need be.

The National Hurricane Center recommends that you stock up on supplies if you are anywhere in the predicted path of a hurricane. You should get water, non-perishable food, gas, flashlights, and batteries sooner rather than later. They also recommend having an emergency plan in place and staying informed of weather updates.