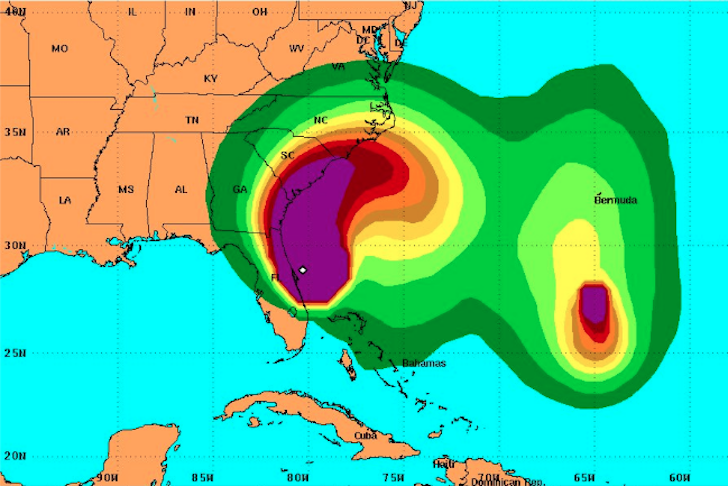 Congratulations, Florida! You've pretty much made it through Hurricane Matthew, which according to Gov. Rick Scott was "going to kill people."

But just when we thought we had perfectly rationed our wine, Tropical Storm Nicole looms in the Atlantic about 300 miles from Bermuda, reports the National Hurricane Center.

Tropical Storm Nicole has been decreasing in strength since Thursday night, with maximum sustained winds of 70 mph. There are currently no coastal watches or warnings in effect.

The NHC says that Nicole is stationary but over the next 48 hours could begin slowly moving southward or south-southeastward. They predict it could possibly shift westward early Sunday.