Is Maxine's on Shine moving to the Graffiti Junktion space in Thornton Park? 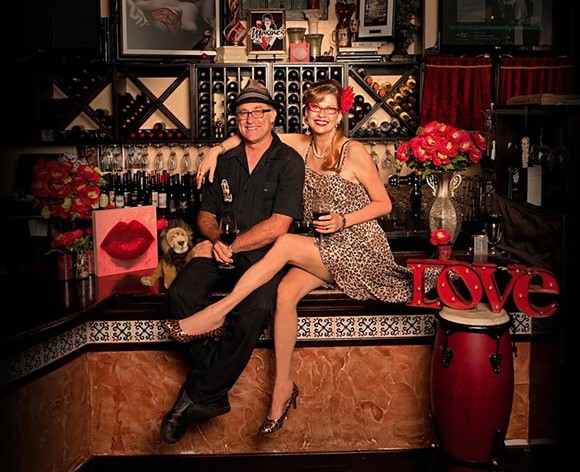 There appears to be quite a bit of angst among Colonialtown residents who fear their beloved Maxine's on Shine will move to Thornton Park to occupy the former Graffiti Junktion space on East Washington Street.

Kirt and Maxine Earhart, the rakish proprietors behind the Shine Avenue outfit, admit they were in conversations to move into the Graffiti Junktion space, as the larger size and capacity of the restaurant would help pave the way for the Earharts to secure a special liquor license.

But talks ceased once the pair caught wind of a change in the state's requirements that, in essence, would make securing a license for a restaurant of Maxine's size a lot easier.

I won't bore you with all the details, but just know that the application for a special liquor license has been submitted for the current Maxine's on Shine space, after which an inspection and a revenue audit will take place.

Once that's done, Kirt (aka the "Juice Pimp") told me he'd make some changes to the bar area with a goal to serve some proper—not chichi—cocktails by the end of the year ... just in time for the restaurant's 5th anniversary.