Dream-pop band LANY glides their way to Backbooth on Thursday 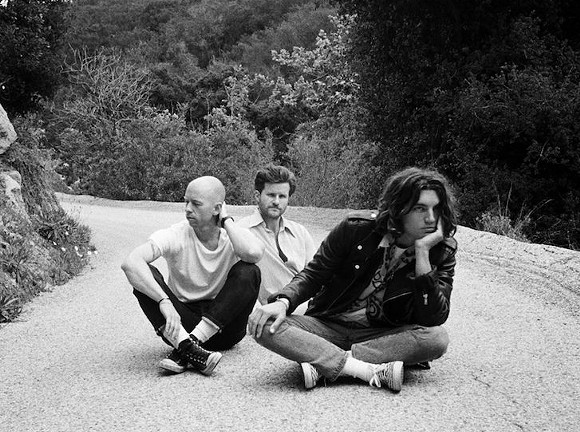 LANY, an acronym for "Los Angeles and New York," is made up of Paul Klein, Les Priest and Jake Goss, who started making music out of a laptop/keyboard setup in a one-bedroom Nashville apartment. After putting their music up on Soundcloud just to see what could happen back in 2014, they rose to quick digital fame and soon after signed with Polydor Records. LANY have since released two EPs.

Singles like "ILYSB" from 2015's Make Out EP and "Pink Skies" from 2016's Kinda EP, often heardon H&M and Hollister Co. playlists across the U.S., bring in a youthful crowd to shows, who are sure to be lined up way down Pine Street tomorrow.

Tickets for the all-ages show starting at 8 p.m. Thursday at Backbooth are still available for $18.