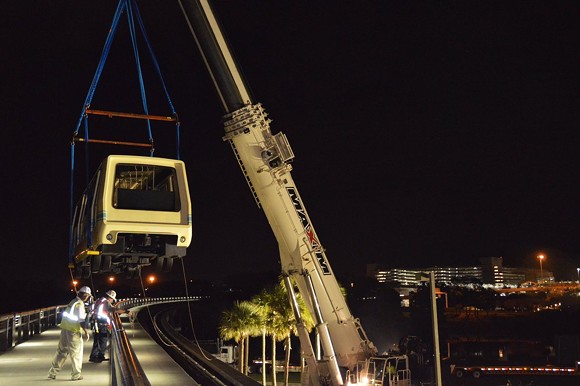 Last week the Orlando International Airport confirmed that the long-planned update to their automatic tram system has begun. The shuttles have been a key a part of every visitors' visit to the airport over the past 35 years. Known as Automated People Movers, the trains are rather dated, and with the new $2 billion South Terminal expansion about to begin, the airport used this time to update the system. The new terminal will be linked to the existing terminal with a similar automated train system.

Updating to the new trains, made by Mitsubishi, will cost roughly $90 million. This is the first major updating for the iconic system. Only the APMs going to gates 1-59 will be updated; the other trams were installed much later and won't need to be updated anytime soon.

At least one tram will be operational during the entire update process, but the airport has said that buses may be used to transport guests if the train system goes down. Orlando International Airport has reported that three of the old APMs have already been taken off the tracks. The new trams should be fully installed and functional by fall 2017.