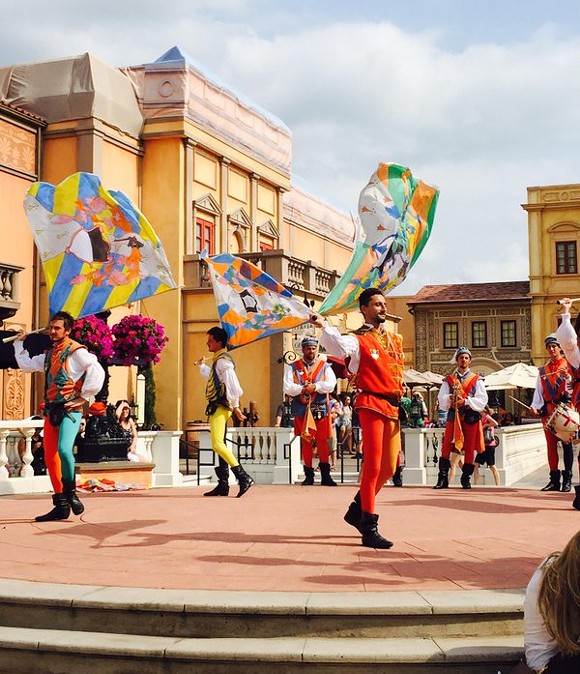 Back in 2014, Epcot saw a major overhaul to its World Showcase live entertainment lineup: Gone were the popular Off Kilter, the fife-and-drum corps and the Mo'Rockin' group in Morocco, replaced by new acts. Now every single one of those new acts has been canned.

Morocco's group, B'net Al Houwariyate, was the first of the new entertainment to be nixed, with its final performance in October of last year. That put its length of stay in Epcot roughly at one year. In Canada, we saw Off Kilter replaced by a lumberjack show that lasted mere months before it was reworked, to even less popularity, before being closed winter of last year. Bodh’aktan, a Canadian-based musical act that has performed previously at Epcot, will be returning in early 2017 to the Canadian pavilion.

When Disney announced the new lineup of entertainment, they mentioned a new Celtic rock group in the United Kingdom, but the U.K. pavilion instead saw a revolving door of entertainment until Quickstep, a four-member acoustic group that plays a variety of traditional and modern British, Scottish and Irish music, arrived late last year.

Over in Italy the flag-waving show, Sbandieratori di Sansepolcro, opened in 2014, but just like every other act new act introduced as part of the entertainment updates this show has now closed. Unlike the lumberjacks (which were actually a Florida-based group) Sbandieratori di Sansepolcro was surprisingly authentic for a park now filled with Frozen in Norway, Donald Duck in Mexico and soon (if rumors are to be believed) Remy the Rat in France (just in time for the 50th anniversary of WDW).

The master juggler, Sergio, still does a juggling act five days a week in the Italy pavilion but that is currently the only act in Italy, leaving two days a week without a single performance in this more popular pavilion.

Epcot has had issues with its entertainment in recent years with fans complaining about the various new acts. From noise complaints to a lack of "authenticity," many of the more recent acts have proven to be much less popular than the former acts, some of which, like Off Kilter, had performed in the park for well over a decade. This meant they could draw a larger fan base who would return to see them play numerous times. You just don't get that type of fan dedication by waving flags or playing with chainsaws.

For now, no act has been announced to replace the flag-wavers, but at least the Italian pavilion still has a juggler.