Blue Bamboo Center for the Arts is how grownups do DIY

It’s a sign of something very good in the water here when the independent DIY spirit infiltrates all the way into the often more traditional or conservative corridors of jazz and classical music. Luckily for us, the city has long had the regular live performances at the Timucua White House, the even longer underground tradition of the Civic Minded 5 shows, and the offerings of even more recent trailblazing presenters like the Accidental Music Festival. Well, the newest entrant to bolster that front is the Blue Bamboo Center for the Arts. 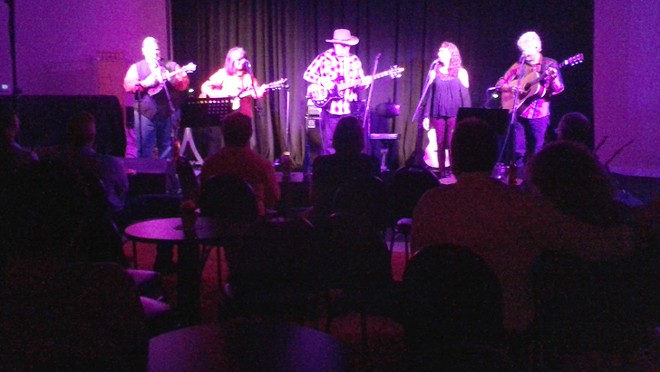 It’s in a semi-industrial, off-Fairbanks section of Winter Park but it’s no makeshift black box. In fact, what the owners have done with this facility is a bit of a marvel because spaces don’t get any more hostile to fine music than a warehouse. They’ve managed, however, to convert it into a purpose-built, full-time venue and recording studio with surprisingly warm and clear acoustics. 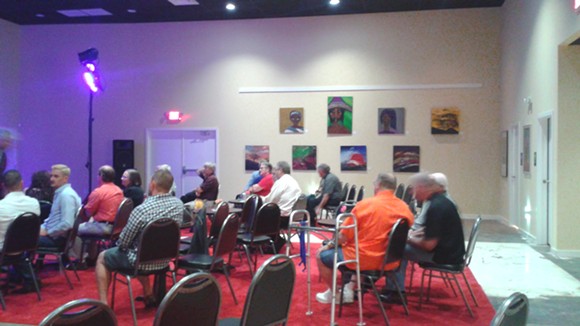 The result of their loving work threads the needle nicely between informal and professional. The space is roomy and relaxed but appointed with all the features that make a real show like wide stage, good sound and stage lights. It’s similar to Ivanhoe indie performance space the Venue but, as the brainchild of musicians, is more truly sound-oriented. Timucua fans in particular should check out Blue Bamboo because it’s kindred in both pedigree (specializing in jazz and classical but with mind open to other forms like folk) and community soul. Like Timucua, it’s a place for art by artists, with all operations – sound, door, bar – handled by the owners.

That said, Blue Bamboo is definitely doing its own thing. And that thing can easily get bigger. They have the space, almost 6,000 square feet. What’s already been developed has been done with pride and thought. And what remains open for future possibility is surrounded by extraordinary ambition, according to some of the great ideas that co-owner Chris Cortez shared with me (e.g. gallery, education, etc.).

The featured act on the night I was there was Rose Creek Rhythm (Oct. 18), a local string band that’s rooted in bluegrass but branches out into folk and country. They’re more genteel and square than the hard hillbilly stuff – it practically doesn’t get any sweeter than dropping a folk rendition of the Drifters – but they’ve got skill and genuine homey chemistry. What else would you expect from a true family affair that packs two sisters and two married couples into one quintet, right? And their performance was a nice blend of originals and covers of quality folks like Dolly and Prine. 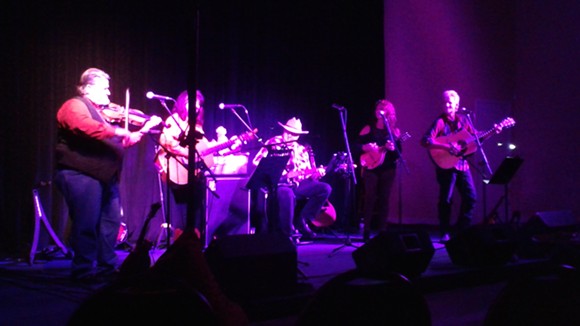 Does Blue Bamboo represent critical mass for the jazz and classical set? We’ll see. At the very significant least though, this event space is another big piece to an exciting new picture for the live music landscape here. In Orlando, it seems alternative venues aren’t just for the kids any more. Take that, punks.

Keep up and join in at www.bluebambooartcenter.com.