Opening in Orlando: 31, Jack Reacher: Never Go Back and more 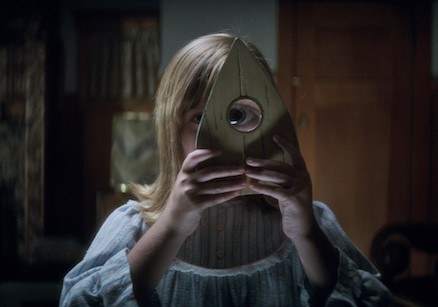 OPENING THIS WEEK
31 "You already know if it's for you," says Film School Rejects. And I guess they mean "you" in the singular, since it's hard to imagine a much larger audience for the R-rated version of a Rob Zombie movie that'll be available uncut for home viewing sooner rather than later, and which already played theaters as a one-night-only Fathom event less than two months ago. But if that dude is you, enjoy watching a bunch of kidnapped carnival workers try to escape from "an endless parade of homicidal maniacs." Oh, Rob! (R)

Jack Reacher: Never Go Back It's hard to take movies like this seriously if you have friends who still get their books from the library. Just by osmosis, I knew the production of that Janet Evanovich flick was like watching a car head straight for a brick wall. And I recently had the pleasure of hearing another friend explain why the casting of Tom Cruise as Jack Reacher was just wrong, wrong, wrong. Most of America seemed to agree, since the first film in the franchise was pretty much a box-office dud. But it was an unexpected hit in places like Europe – where they still get their books directly from Johannes Gutenberg – so now we have to put up with a sequel. This time, the embattled former military policeman finds himself accused of all manner of evils, including a 16-year-old homicide and what one site humorously referred to as "fathering a child with a woman." Hey, if you're Tom Cruise, that's a major devaluation of your brand right there. (PG-13)

Keeping Up With the Joneses Zach Galifianakis and Isla Fisher play a married couple who find it difficult to keep pace with their picture-perfect neighbors, Jon Hamm and Gal Gadot. Well, what do you expect when you're living next door to Don Draper and Wonder Woman? Actually, these Joneses are top-secret government agents, which leads to all sorts of dangerous shenanigans. Two doors down, Mr. and Mrs. Smith are busy dividing up the marital property. (PG-13)

Ouija: Origin of Evil This prequel to the 2014 horror hit pits a family of supernatural scammers against actual evil spirits unleashed by the legendary game board. Interestingly, the movie is set in 1967, which in the real world was one year after Parker Brothers acquired commercial rights to the Ouija trademark. Fingers crossed for a surprise cameo by a demonic Mr. Monopoly. (PG-13)

Tyler Perry's Boo! A Madea Halloween Ethical quandary time: Can I continue to rail against the endless parade of Tyler Perry movies when the genre of the cheap Halloween cash-in is one of my absolute favorites in all movies and TV? Probably not, because what's good for the Bowery Boys has to be good for Madea. Blessings, then, to the deathlessly salty matron as she fends off a holiday attack from the traditional enemies of middle-aged black women everywhere. Like mischievous poltergeists and 4-year-olds dressed as Tucker Carlson. PG-13 ALSO PLAYING: American Honey The doggedly still-alive Shia LaBeouf has one of the major roles in this British-made portrait of kids who travel the U.S. Midwest selling magazine subscriptions. Working title: True Grit: The Story of America's Family Newspaper. (R)

La Leyenda del Chupacabras An animated horror comedy about a wrongly accused Mexican insurgent who has to battle the legendary flying monster. In Spanish, so just deal with it. (PG)