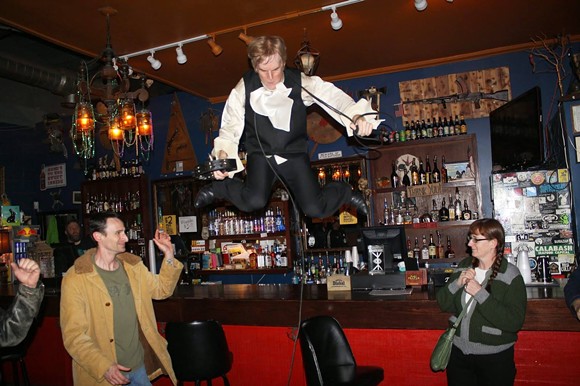 Lock up your mothers! Garage rock debonairs and Stevie Van Zandt-approved band the Woggles have announced an Orlando show in early 2017, in the company of the Hatebombs and the Subsonics.

The initial announcement has the shows happening on Feb. 24 and 25 next year at Will's Pub, with the Woolly Bushmen, the Midnight Larks, the Stents, the Belltowers, and the Wildtones joining in on the action as well. More information on what looks to be shaping up as a fest, as the story develops.