October 25, 2016 at 11:54 AM
comment
If it's October, it must be white truffle season, and leave it to none other than the Four Seasons Resort to bring in one of the most prized and rare truffles known to man: the Alba white truffle.

For the uninitiated, the white truffle's earthy pungency has been known to elicit wanton utterances of pleasure among its deep-pocketed fan base. The now-famous "Shave this bitch" incident involving P-Diddy is etched in truffle lore, and recounted here in hilarious detail by the restaurant's equally famous proprietor, Daniel Boulud (it starts at the 45-second mark):

As part of the Four Seasons' three-day celebration of the food and wine of Piemonte, Italy, a five-course Italian feast celebrating the winter white truffle found in hills of Alba will be held this Friday, Oct. 28, on Ravello's outdoor terrace.

Executive chef Fabrizio Schenardi, along with guest chefs from Italy's IFSE Culinary Institute, will prepare the extravagant meal, of which house-made pastas will be an inevitable part. A dessert party in Capa's private dining room follows the feast featuring cannoli, tiramisu, gelato and coffee. 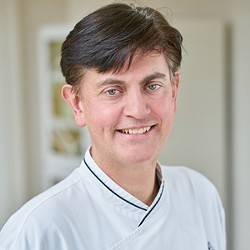 Cost of the dinner is $175, which is a relative pittance compared to the cost of procuring one of these nuggets of sybaritic opulence (Schenardi dropped $2,500 per pound).

The high cost of Alba's white truffle is attributed to their relative scarcity, the difficulty in unearthing them, and the number of people (and dogs) it takes to hunt them down.

Those frightened off by the $175 are always free to attend the post-meal dessert party for a mere $25, then whiff the collective breath of those lucky truffle eaters.