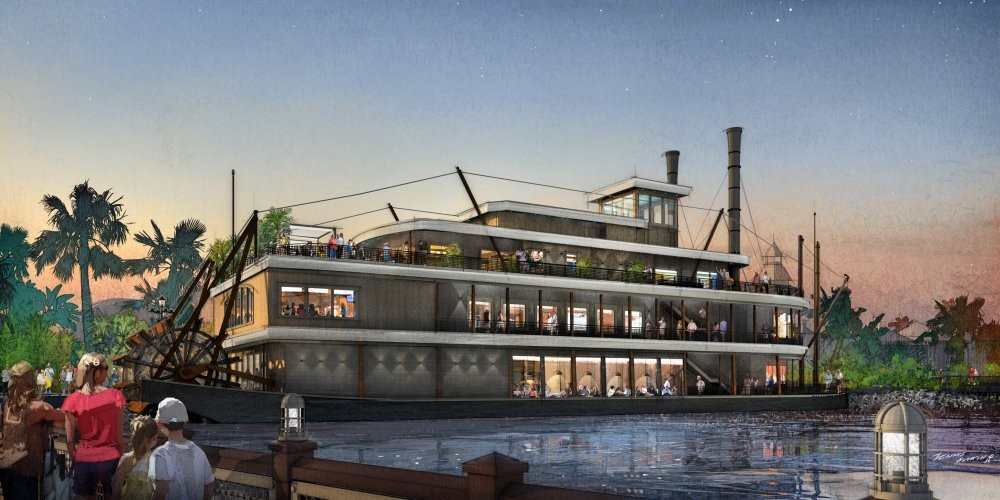 You'll doubtless recall the Empress Lily — the docked grande dame of a steamboat that once housed Fulton's Crab House at Disney Springs.

Well, it's getting a multimillion-dollar bow-to-stern renovation and will reopen this winter as Paddlefish, a decidedly more contemporary seafood restaurant.

New renderings were released today, and the interior is a far cry from the dated nautical-themed cabin of the Fulton's era.

According to Levy Restaurants, who own and operate Paddlefish, the prominent color palette will be navy, white and slate complemented by warm wood tones and brass.

Paddlefish will also have a rooftop lounge which will stay open until 2 a.m.

As far as the menu is concerned, expect to see Fulton's faves like lobster corn dogs, Florida stone crab, and Alaskan king and queen crab. New items will include lobster risotto and redfish with coconut milk and crab broth. A tableside lobster guac will also be offered.