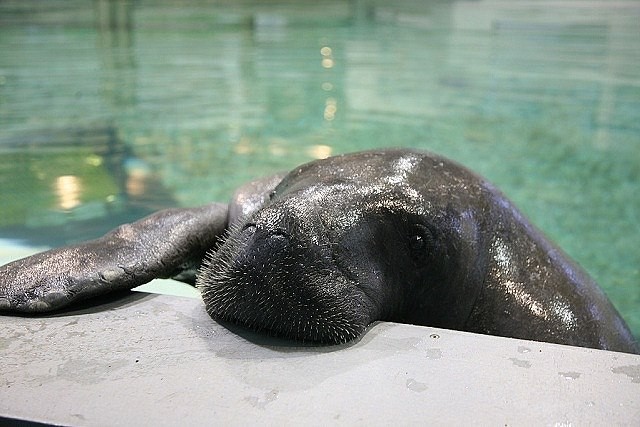 Snooty, the cutest and probably only 68-year-old sea cow you'll ever meet, is once again in the book of Guinness World Records for being the oldest manatee in captivity.

Snooty, who was born on July 21, 1948, has lived at South Florida Museum in Bradenton since he was brought to the facility in 1949 as an 11-month-old calf. The 1,197-pound manatee lives in a 60,000 gallon tank at the museum with two other manatee roommates. Aside from being an ambassador for manatees and other endangered species, Snooty is Manatee County’s official mascot, and with the help of aquarium staff, sends letters to students from around the country, according to the South Florida Museum.

Guinness World Records announced last week that Snooty would be included in their 2017 book edition after being included a previous edition.

"Snooty’s longevity owes much to the fact that he lives in a controlled environment," the Guinness organization says in a statement. "In the wild, factors such as algal blooms, boat strikes and fishing debris see most manatees die before they reach the age of 10."

Florida Fish and Wildlife Conservation Commission says the oldest wild manatee in Florida was 59 years old, according to the South Florida Sun Sentinel.