Trump speaks to Tallahassee crowd while sitting on top of haystack 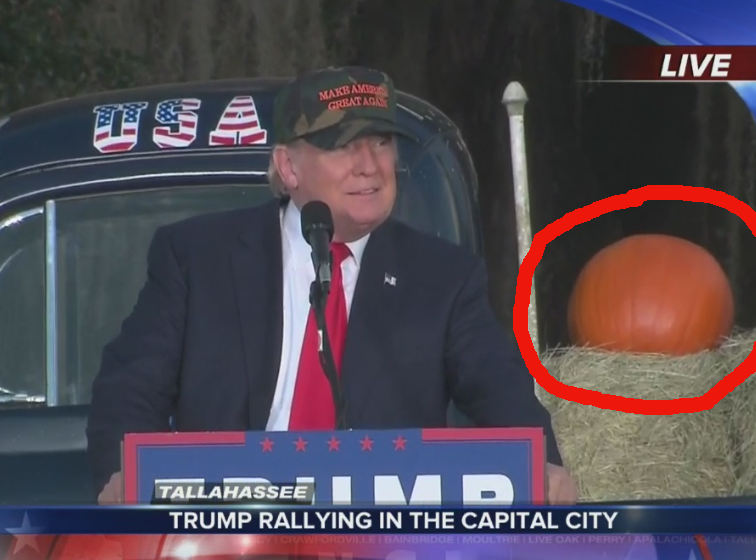 While speaking in front of a lively crowd in Tallahassee, Florida, Tuesday evening, Republican presidential nominee Donald Trump abandoned his podium and decided to rest his round orange body on a stack of hay.

In front of thousand os supporters, Trump wasted no time slamming rising Obamacare premiums and Democratic nominee Hillary Clinton. "Let's close it out. Let's knock out Hillary Clinton. She is as crooked as a three-dollar bill, "said Trump, festively positioned on the back of an old-timey pickup truck.