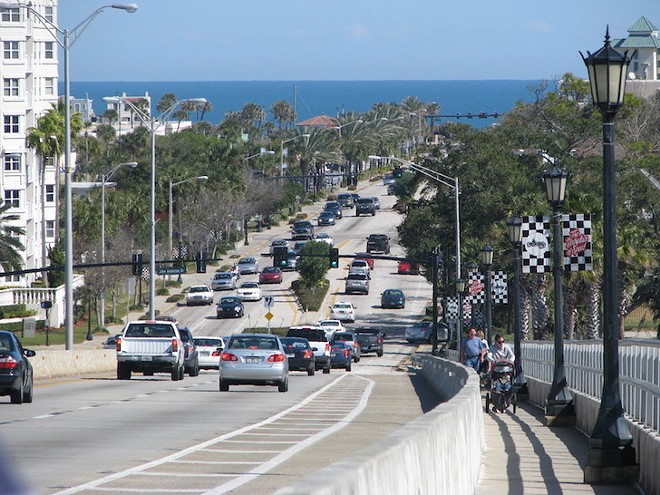 Ormond Beach Police are on the lookout for at least two suspects accused of exposing themselves to unsuspecting women and children.

One man has been the subject of three incidents where women have been flashed beachside while jogging or walking their dogs, according to WESH.

The reports have happened within a mile of each other and range between 5:00 and 5:30 a.m. Two of the occurrences involved the same woman, and in at least one occasion he was spotted jogging with nothing but shoes on before speeding off in his car after being seen.

He is said to be between 25 and 35, with dark, long wavy hair and an average build.

Meanwhile, police are looking for another Ormond Beach man who flashed two young kids on Thursday night. He began the night by touching himself near a young girl in a Publix before running away when her mother spotted him.

"She's (explicit) 11 years old! I'm so disgusted and freaked out. She's crying," the mother told a 911 dispatcher, according to WFTV.

20 minutes later, he did the same thing to another child at a Motel 6 parking lot. A parent attempted to follow the man to no avail.

Police believe the incidents to be unrelated.