Disney World finally gets a 'Zootopia' meet-and-greet, 8 months after the film debuts 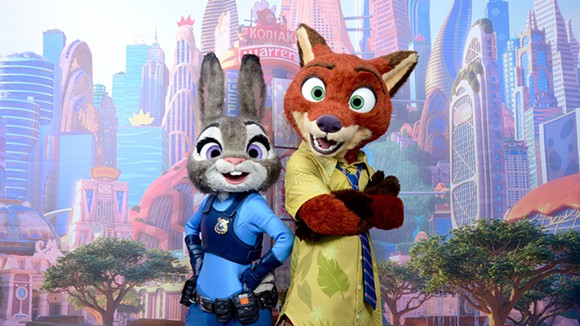 Disney is infamous for waiting well after a movie is a hit before you see any acknowledgment of it in the parks.

Frozen was out of theaters, on DVD and already declining in popularity before we got any news about it getting a permanent presence at Walt Disney World.

We first saw Nick Wilde and Judy Hopps do a quick meet-and-greet at a media event promoting the film. Then we didn't see them again at Walt Disney World until a month after the movie debuting. At that time, the two characters from the film joined the “Move It! Shake It! Dance & Play It!” but only made appearances on the floats with no type of meet-and-greet offered. They've made sporadic appearances at various special events, including the Easter Day parade and a DVC member only event.

Thrillgeek, a theme park news site, is reporting that the buddy cop duo will be meeting guests for the first time at Walt Disney World during this year's Mickey’s Very Merry Christmas Party. The special ticketed holiday event begins November 7. At this time, this will be the only place for WDW guests to meet these two characters.

In Calfornia, the Disneyland Resort opened a temporary meet-and-greet with Nick and Judy in Disney California Adventure in late spring. A petition to have a similar meet-and-greet here on the East Coast was started in May, it currently has just over 200 signatures.