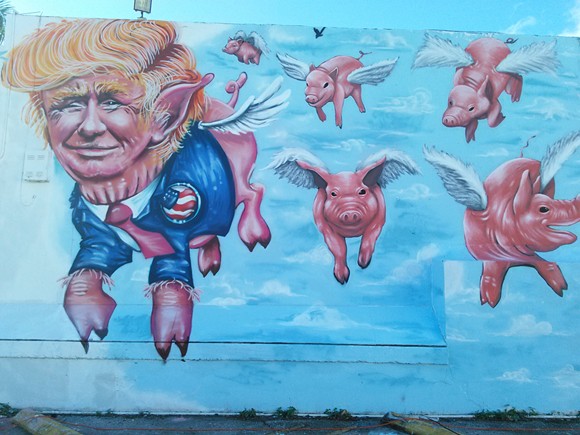 As first reported by Miami New Times, the piece is called "When Pigs Fly," after the complete absurdity of Donald Trump ever becoming president, and was created by Miami artists Rei Ramirez and Ivan Roque.

"The inspiration was really just all that's happening in politics right now," said Ramirez to the Times. "I found it really odd that the character of Donald Trump could get to be a potential president."

The mural is located at the New Florida Majority building, at 8330 Biscayne Blvd in Miami.