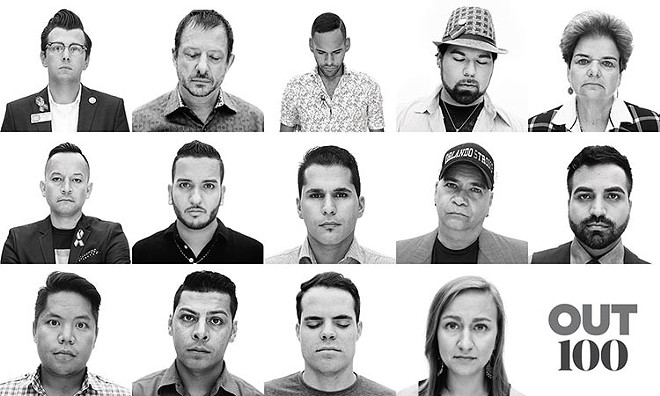 The gay magazine OUT featured survivors and community heroes of the Pulse mass shooting in their annual tribute to the year's most compelling LGBTQ people.

"LGBT people always stand together for each other," survivor Adrian López tells OUT. "But now we’re just stuck together, you know?"

You can read the entire interview from OUT here.

Some of the same survivors and heroes featured in OUT also appeared in Orlando Weekly's Pride issue, including Tony Marrero, Billy Manes, Patty Sheehan, Terry DeCarlo and Barbara Poma. You can read our issue here.