Even though he’s long ago earned his street laurels, Swamburger remains one of Orlando’s most meaningfully restless scene movers. Between making his own music, helping others with theirs, creating events and building community, the Solillaquists of Sound MC is a hip-hop perpetual motion machine.

His latest venture is Advanced Listening, a concert series that celebrates hip-hop as a culture, not a commodity. The debut (Nov. 2, The Social) splashed down with a couple heavyweight names from Rhymesayers, the most definitive indie-rap label around. No half-stepping here, son. 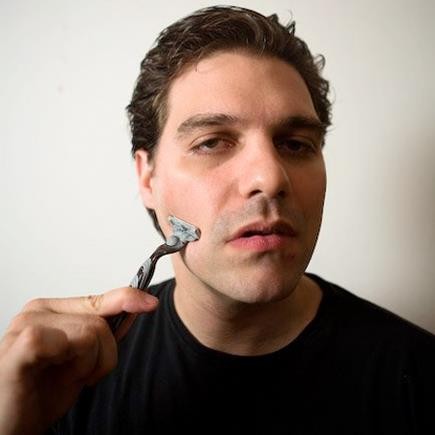 At the top of the marquee was decorated Minnesota trickster DJ Abilities, who rose to national prominence with Eyedea and Abilities, his notable creative partnership with late rapper Eyedea. If you were at last year’s Hail Mary Mallon show then you caught a glimpse of his skills behind MCs Aesop Rock and Rob Sonic. But even though he shined bright enough to note, a peep was all that was. When there’s no one in his way like this time, however, the flash that earned him multiple DMC battle titles explodes like the Fourth of July. There is nothing like seeing a master at work – and with mammoth jams, razor cuts, blinding scratches and no headphones, this is the kind of fireworks that only a premier turntablist can drop.

But beyond his technical dazzle, Abilities can be a floor shaker for the people with a song selection that reached far beyond rap. Woven among his own underground sounds and rap classics were wildly eclectic choices from the likes of the Ramones, Helmet and Metallica.

Dude made even Foreigner sound dope:

Even though DJ Abilities has the chops and cred to be legit in serious hip-hop circles, his sheer excitement and accessibility could probably ignite an Applebee’s into a dance mob. His spectacular amalgam of turntable technique, connoisseur sensibility and party instinct makes him one of the most electrifying live DJs you’re ever likely to see. 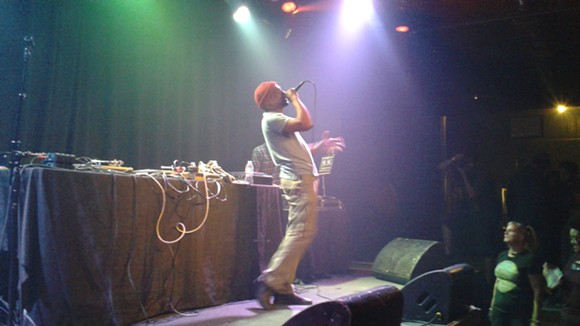 Fellow Rhymesayers artist and thankfully frequent Orlando visitor Blueprint again proved that he’s one of the most real and substantial voices in hip-hop today by delivering truth and humanity with rock-solid rap fundamentals.

Of the locals, the one to truly awaken the room was E-Turn. With her strafing vocal precision, this tremendously gifted MC will light up anyone in earshot. But watch the way she activates the ladies in the audience and you’ll see something potentially much bigger than just a talented contender.
Women can love rap as much as men, but it’s not a secret that they’ve been historically secondary in this culture. That’s why there’s something palpable that happens whenever E-Turn takes the mic. The way women immediately plug into the pulse of the night gives the room a sudden, vivid glow of unanimity that you may not have noticed missing before but will henceforth. She’s already proven time and again that she can wreck anybody in rap’s male-dominated world. But for a female class that’s underrepresented, thirsty for a voice and ready to rise in hip-hop, E-Turn is showing real signs of becoming a hero.

Though it was a certifiably star-studded night, the maiden flight of Advanced Listening had a distinctly familial vibe. There’s no better way to commune with icons than that. But as great of a one-time assemblage of major-league talent as it was, the fact that this was the beginning of a procession of such events makes the deal even bigger. The next installment is on Jan. 12 at the Social and features even more Rhymesayers gold with the velvet swag of L.A. rapper Abstract Rude. Come see what could become the city’s best new hip-hop series.