Pretty Reckless ready to light up House of Blues on Friday 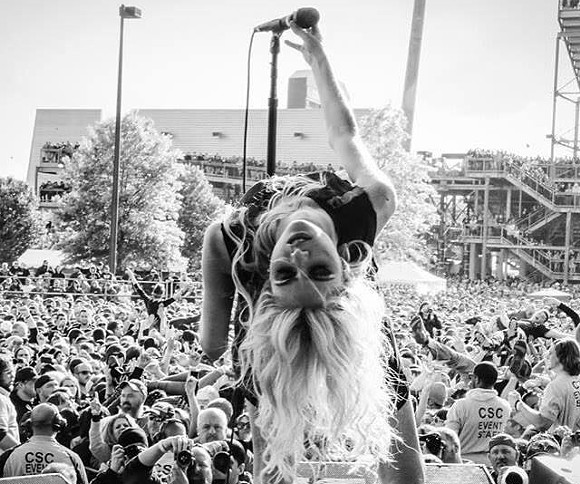 It’s hard to believe that the Pretty Reckless has been around for almost seven years. Of course, the idea of the Pretty Reckless had been floating around in frontwoman Taylor Momsen’s head long before then, but it was only in August of 2010 that the rock band’s current lineup released Light Me Up to critical acclaim and modest sales. Part of why their age is so unbelievable is because Momsen herself is only 23 - still younger than her Gossip Girl co-stars were during most the show’s filming. The Pretty Reckless hit the stage with angsty growls, loud guitars and dark lyrics that are successful at passing Momsen off as the old soul she seems to be.

Through the years, three albums and an EP have seen them finding their footing. They have a clear hold on their niche in rock music, something that walks the line between diary entry lyrics from your average millennial and grunge-era inspiration. “Does what I’m wearing seem to shock you? Well that’s okay,” Momsen once offered up in the title track off their debut album. 2016’s Who You Selling For opens and closes with little seductive provocations, perhaps a nod to no longer having to prove anything. An actress-turned-singer storyline usually conjures up images of high sales and saccharine songs (Momsen does appear as a co-writer in reality star Heidi Montag’s album), but the direction in which Momsen and the Pretty Reckless continue to head in secure a future completely separate from her past.

The Pretty Reckless are set to play the House of Blues this Friday at 7 p.m. with Holy White Hounds and Them Evils. Tickets are on sale still for $22.